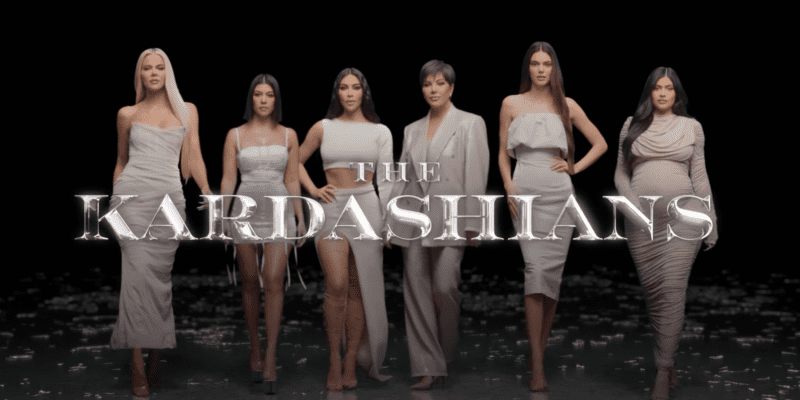 One year after the popular reality series, Keeping Up with the Kardashians, finished its 20-season run on E!, the famous family announced they aren’t quite done with reality television yet as a brand-new original series is coming to Disney+ and Hulu, featuring Kris Jenner, Kim Kardashian, Khloe Kardashian, Kourtney Kardashian, Kylie Jenner, and Kendall Jenner.

The Kardashians, which is the name of the upcoming series, is currently being described as “an all-access pass” into the lives of each member of the Kardashian family. Each woman runs their own business empires while still navigating their complicated love lives, making for a dramatic (and entertaining) show.

Kris Jenner and her daughters Kim, Khloe and Kourtney Kardashian will all be featured in The Kardashians along with the twins, Kylie Jenner and Kendall Jenner.

Disney+ took to Facebook to share the newly dropped trailer, which confirms that the new series will be coming to the streaming service internationally on April 14. The reality series will launch on Hulu in the U.S.

The teaser, which was released on Monday, February 7, promised fans that “all the walls will be shattered” in this new documentary series following the world’s most famous celebrity family.

shatter all expectations. #TheKardashians streaming April 14, only on #DisneyPlus.

Related: The Kardashians Take Over Disneyland

The new trailer dropped just days after Kylie Jenner welcomed her new baby into the world, which is her second with Travis Scott. The baby boy, whom we still do not have a name for, was born on February 2, and will be the younger brother to Stormi, who was born on February 1, 2018.

One report stated that when teasing the new series, Kris Jenner told the press:

“In the new show, you’ll see us evolving as a family, fans want us to be who we are and since moment one, they’ve been emotionally invested in our show just like we are.”

It’s safe to say that with the ongoing family drama, this reality series is guaranteed entertainment.

The Kardashians will stream on Disney+ in the U.K. and on Hulu in the U.S. on April 14.

Are you excited for when The Kardashians come to Disney+ and Hulu? Let us know in the comments below.