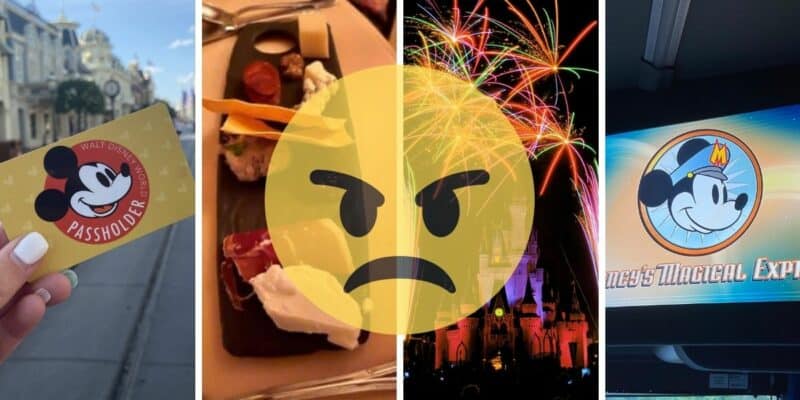 Walt Disney World has made several changes to Parks operations in the year 2021 — some of which have really disappointed Guests.

Here are the top changes Disney World made in 2021 that had fans upset.

Disney fans were not happy when Disney announced they would be eliminating the free FastPass system and were extremely upset when they found out a new, paid system would be launching in its place.

Disney Guests have seen increases in pricing across the Parks, including on select merchandise and food items. Seeing the price increase isn’t surprising as Disney World is recovering from the ongoing pandemic; however, Guests aren’t happy as they feel they already pay enough to visit the Most Magical Place on Earth.

Disney’s Magical Express, despite being one of the best parts when arriving at Orlando International Airport, is coming to an end. The complementary mode of transportation brought magic to Guests before they even arrived at Walt Disney World property; however, this service will no longer be offered at the start of 2022. Per Disney:

Disney fans were (and still are) extremely upset about Magical Express ending. In fact, when it comes to international Guests specifically, they will more than likely stay off property rather than at a Disney World Resort hotel.

Disney fans have complained on multiple occasions about the quality of food at Disney World. From a poorly put together $12 dish of pasta at Pop Century to the underwhelming presentation of the meat and cheese plate appetizer at Be Our Guest, Disney Guests have spoken out about the current food portions and quality over the course of 2021.

Walt Disney World announced that instead of hosting Mickey’s Not-So-Scary Halloween Party at Magic Kingdom this year, Guests would instead be able to attend a new after-hours event called Disney After Hours BOO BASH. This was also the case for Christmastime as Disney Very Merriest After Hours replaced Mickey’s Very Merry Christmas Party.

Fans were not happy with the pricing of these After Hours events and many skipped attending these events this year because of it. In fact, a lot of Disney World fans are hoping to see Mickey’s Not-So-Scary Halloween Party and Mickey’s Very Merry Christmas Party return next year, though Disney has not announced what their plans are as of yet.

Many Disney World fans, and current Annual Pass holders were not happy with the news, especially when it came to pricing.

Happily Ever After Retiring

Happily Ever After debuted in 2017 at Magic Kingdom at warmed Guests’ hearts ever since. However, on October 1, 2021, this iconic nighttime show twinkled into Disney history and Disney World debuted an all-new show, Disney Enchantment, for the 50th anniversary celebration.

Fans were completely devastated when they heard Happily Ever After was retiring, and were even more disappointed when they felt Disney Enchantment missed the mark.

What decision did Disney make in 2021 upset you the most? Let us know in the comments below.