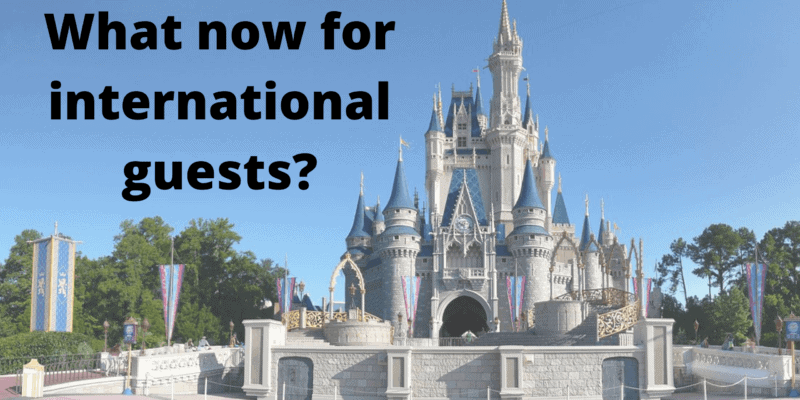 Yesterday Disney decided to end the Magical Express service as of January 1, 2022, and it the decision has many Guests in a frenzy of mixed feelings. However, the feelings that I was seeing online on Twitter and Facebook from those I know here in the U.K. seemed to be quite unified in disappointment. The change has left this international traveler thinking this was the last straw in a series of cuts that Disney has made to those staying onsite.

Understandably, many people may have the thought that Disney’s Magical Express is just a bus service to and from the airport — but for many international (and domestic) Guests, this was the start of their magical vacation.

Now, Guests are going to have to worry about how they’re going to get to their hotel once they arrive at MCO. Sure, Guests can use rideshare or other available options, but having to plan your transportation is now an added worry that was previously taken care of by the wonderful Cast Members at Disney.

While alternate modes of transit may be an easy option for those who rent cars or travel with adults only, it gets complicated when travelling with children. With kids, you have to worry about transporting more including suitcases and car seats — and then there’s the challenge of keeping children entertained after 9+ hours on a plane, something the Magical Express was able to do with their television screens.

The new Brightline train service will be an option for Guests at some point in 2023, but it will only take Guests as far as Disney Springs. This means Guests will still then need to think about transferring to a Disney Resort, another step in a journey that was otherwise fairly simple.

This is far from the only change impacting Guests

As I previously mentioned, International travelers such as myself now have a few reasons aside from Disney cutting the Magical Express service to no longer stay on Disney World property. In this reporter’s opinion, this is the last in a series of changes to how Guests’ stay at Walt Disney World has been dramatically altered over the last 12 months or so.

It began way back when Disney decided to begin charging for Disney Resort parking per night — a cost that quickly adds up when you consider that the average U.K. trip to Orlando is often around 14 nights. It has since continued with the removal of complimentary Magic Bands and FastPass+ which, while we hope for FastPass+ to make some form of return, some speculation has rumored that it could become a paid option akin to MaxPass at the Disneyland Resort. In addition to this, we’ve seen Extra Magic Hours change to Early Theme Park Entry. Although this will allow for early entry to all parks, the entry has been cut in half to 30 minutes.

Lastly, while there is a lot of debate about the positives vs. negatives of the Disney Dining Plan, for those traveling from the U.K., the Free Dining offer is a huge perk and benefit to staying onsite, especially when you consider the longer stays of an international traveler. Currently, there is no sign of this offering returning anytime soon.

Here are a few reactions from Disney fans on Twitter in regards to the loss of all these offerings:

No extra magic hours, no more magical express. Probably so much more cuts, what are you actually benefiting from staying on WDW property anymore? ?

No extra magic hours, no more magical express. Probably so much more cuts, what are you actually benefiting from staying on WDW property anymore? ?

In the end, it is important to compare the benefits of staying onsite at Walt Disney World against the cost of a Disney Resort.

There’s no doubt that there are still benefits to staying on property! The magic of waking up at Disney and the overall Guest experience provided by Cast Members is a hard one to beat. Besides, if you don’t rent a car, the complimentary Disney buses, Monorail, boats, and Disney Skyliner are all great ways to get from the hotel to park in a relatively efficient and speedy way.

However, with so many benefits being removed over the last 12 months, costs to stay at Walt Disney World have not dramatically decreased. Therefore, many people are now looking at alternatives to staying within the resort, and I have to admit, who can blame them?

Ending Magical Express and all but ensuring no more late nights at the parks. It’s almost like they’re shoving me toward Universal at this point.

Ending Magical Express and all but ensuring no more late nights at the parks. It’s almost like they’re shoving me toward Universal at this point.

@WaltDisneyWorld super disappointed in the decision to shutter Magical Express. Guess now we will seriously consider staying off park to offset the cost for the rental car.

@WaltDisneyWorld super disappointed in the decision to shutter Magical Express. Guess now we will seriously consider staying off park to offset the cost for the rental car.

Right now, I have a trip booked to stay at Disney’s Caribbean Beach Resort to celebrate the 50th Anniversary of Walt Disney World in 2021 — but what do my future trips to Orlando look like? Well, at this rate it is hard to see me wanting to stay onsite for two weeks anytime soon.

What are your thoughts on all of this? Let us know in the comments below!