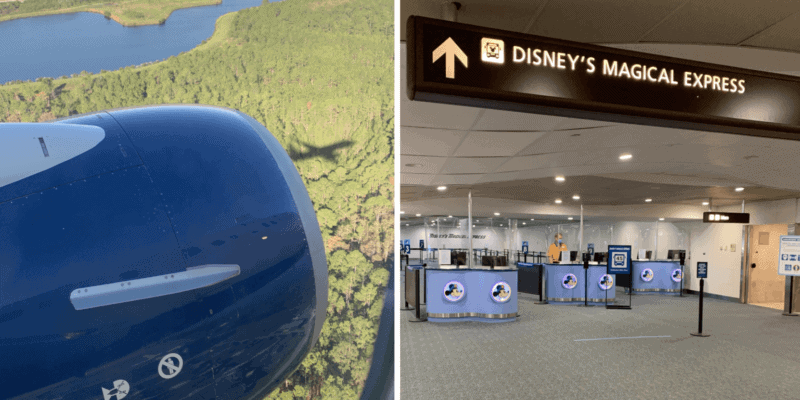 An important note about the announcements from Disney today: The Disney Magical Express announcement was made for people planning ahead. 2022 bookings are going to open at some point — and Disney needs people to know “the deal” before they starting making reservations.

it’s the same reason for the timing of the “Disney ends complimentary MagicBands for resort guests” earlier this year.

There is PLENTYYYYYYYYY of time for Disney to unveil a new transportation offering for impacted hotel guests. This is all about setting proper expectations for guests booking in 2022.

Just because it doesn’t exist does not mean it won’t exist. And if you think this, Disney Genie would like to have a word with you.

An important note about the announcements from Disney today:

The Disney Magical Express announcement was made for people planning ahead. 2022 bookings are going to open at some point — and Disney needs people to know "the deal" before they starting making reservations.

Here, we take a look at some of the possible reasons The Walt Disney Company could have for ending its popular Magical Express bus service. Note that Disney hasn’t provided further explanation of the elimination of Magical Express shuttles in 2022; this is simply speculation based on what we know so far and what we suspect may occur.

They are developing a Disney-owned transportation option.

Many Disney World Guests are unaware of the fact that The Walt Disney Company does not actually own the majority of Magical Express shuttles. Instead, to date, Disney has partnered with Mears Transportation to provide this complimentary service to Disney World Guests. In August, a number of Mears employees — including Magical Express bus drivers — were laid off. Per our previous coverage:

The Orlando Business Journal reports today that dozens of employees who work as Mears Transportation shuttle and Disney’s Magical Express shuttle drivers have been laid off.

Related: 560 Baggage Service Workers Laid Off: What is the Future of Magical Express?

It is worth noting that in December 2019, the airport shuttle service that had previously been offered between both Los Angeles International Airport (LAX) and John Wayne Airport and Disneyland Resort ceased operations.

This means that, as of January 1, 2022, neither of Disney’s U.S. theme parks will offer complimentary shuttle service from local airports. This could create a challenge for some Guests. For example, rideshare services like Uber and Lyft don’t offer carseats for young children in either of Disney’s markets — Uber has carseat pilot programs in a select few cities, but not in the Orlando or Los Angeles metro areas at this time.

My family has personally relied on the Magical Express for this exact reason and it will undoubtedly create a hassle if a new Disney-owned transit option is not introduced.

Furthermore, those Guests who require wheelchair-accessible vehicles are likely to find it much more difficult to travel from the airport to a Disney Resort without bus service.

One possible reason for Disney permanently shutting down the Magical Express is that they are developing their own transportation system that will be available at both Walt Disney World Resort and Disneyland Resort, streamlining airport transportation for all U.S. Disney Parks visitors. There is no word on if this is the case, but we will report back if it is announced.

This is a way for Disney to save money.

As all Disney Parks fans know, the ongoing pandemic made 2020 a challenging year for The Walt Disney Company, particularly for Josh D’Amaro’s Parks, Experiences, and Products division.

This department — which includes all Disney theme parks and Disney Cruise Line — lost $2.4 billion in the fourth quarter alone.

By cutting all expenses related to the Magical Express shuttle service, Walt Disney World will undoubtedly save money — just how much has not been revealed at this time, but it is certainly a significant sum.

There is, however, also no doubt that Disney is considering the needs of its many Guests, many of whom have relied on the Magical Express for over a decade.

Stay tuned to Inside the Magic for the latest details regarding the end of the Magical Express service and what could potentially replace it.

Allow the experts at Academy Travel to help you plan your next trip to any of Disney World’s four theme parks — Magic Kingdom, EPCOT, Disney’s Animal Kingdom, and Disney’s Hollywood Studios — at no extra charge!