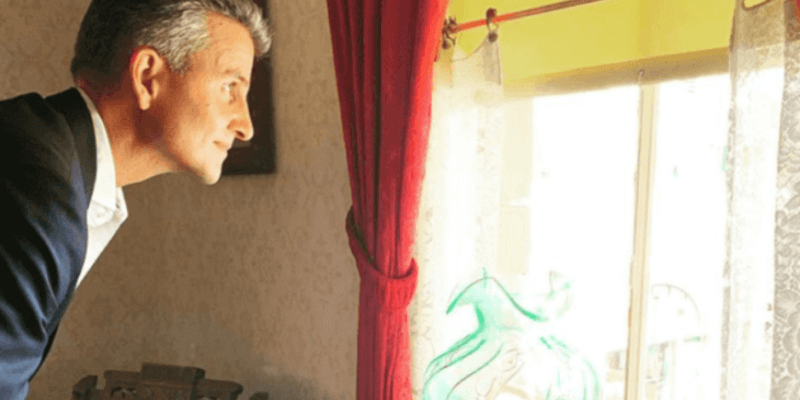 Josh D’Amaro, Chairman of Disney Parks, Experiences and Products, was seen Wednesday afternoon at Disney California Adventure Park, currently open for shopping only as an extension of Downtown Disney.

Eagle-eyed fans spotted the Disney Executive strolling through the newly reopened Buena Vista Street and Hollywood Land section of Disney California Adventure in Anaheim, California. Though the California Government issued a new stay-at-home order as the COVID-19 pandemic continues to surge in the state, D’Amaro has once again appeared in public to show his support for Cast Members and keep some Disney magic alive amid recent shutdowns in California.

One Disneyland fan shared a photo with Josh D’Amaro, who roamed all throughout the Disneyland Resort, including the Downtown Disney District.

After all, it’s not every day you see a Disney executive walk around a park, but this isn’t the first time D’Amaro was seen at the Disneyland Resort amid the continued closure of the California theme parks. Before Buena Vista Street officially reopened in November as an extension of the Downtown Disney District, Chairman Josh D’Amaro was seen within the still-closed California Adventure checking in on Cast Members and making sure the park was ready to reopen partially.

D’Amaro has openly shared his disagreement with California’s continued closure of theme parks and has become a champion among Disney fans who also want the parks to reopen. Though tens of thousands of Disney Cast Members have been laid off over the last few months amid the ongoing pandemic, D’Amaro continues to share his positivity and support of Disney employees both in-person and social media. And most recently, the Disneyland Resort is advocating for the public to adhere to health and safety guidelines, which will hopefully lead to fewer COVID-19 cases and, therefore, the reopening of Disneyland.

Not me fangirling over Josh D’amaro telling me happy holidays and thanking me for being at work today pic.twitter.com/mUHXgGXRyd

Twitter user Danielle Rae, a Disneyland Resort Cast Member, shared her excitement of meeting Josh D’Amaro and receiving a “happy holidays” wish from the Parks chairman. Little acts of kindness like this from a leader go a long way among co-workers and morale, especially during a pandemic.

As the Disneyland Resort theme parks remain closed for nine months, fans, Cast Members, and practically the entire world are waiting for “The Happiest Place on Earth” to one day reopen. Still, for now, folks can enjoy Buena Vista Street and Downtown Disney and hopefully spot their favorite Disney Executives.

Let us know your thoughts on this situation in the comments below!