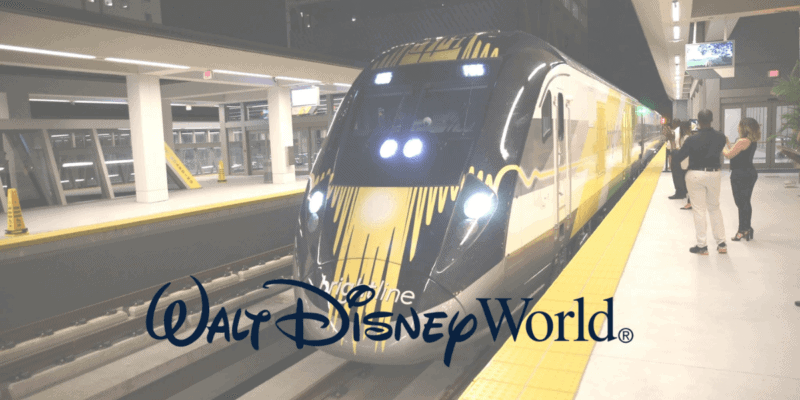 Come 2022, Disney’s Magical Express will cease operations and Guests who used to rely on the complimentary bus service from Orlando International Airport (MCO) to their Walt Disney World Resort hotel are going to have to find another mode of transportation. While there is no clear replacement looming for 2022, what could fill the coming void very well is Brightline.

Recently we reported that Florida’s high-speed train service will officially extend its service from South Florida to MCO by 2022 with a confirmed extension to Disney Springs to be completed in 2023. That means come 2023, Guests will be able to take a train from the airport to Disney World property with an experience that prides itself on being family-friendly and accessible. While there has been no confirmed means of transporting Guests from the train station to their resort hotels, logistics seems to expect Walt Disney World Bus transportation to take it from there.

Disney’s Magical Express offered Guests the chance to sit back and relax and not worry about having to traverse the Central Florida highways or pay for a rental car, ride share, or another car service. Brightline stands in a position to take on that role as a swift, mass-transit system that families can board at MCO and take straight to the Walt Disney World Resort.

The only question right now is the cost. As of now, one-way tickets on Brightline cost as little as $10. Far less than what a family would be paying otherwise if they were to use a vehicle rental option, but still more than what a family would pay using the free Disney’s Magical Express. But, with the installation of a Brightline station on Walt Disney World Property, it wouldn’t be out of the question to possibly see a transportation partnership made with Disney that provides free train rides to and from MCO for those staying at a Disney World Resort hotel.

But for now, this remains speculation, and we at Inside the Magic will continue to update our readers as more information regarding the Brightline extension to Disney World as it comes to light.

If you are planning a trip to the Walt Disney World Resort, our friends at Academy Travel are standing by ready to help. Click here to learn more and to receive your free, no-obligation quote today!

Do you think Brightline could be a suitable replacement for Disney’s Magical Express? Why or why not? Let us know in the comments!