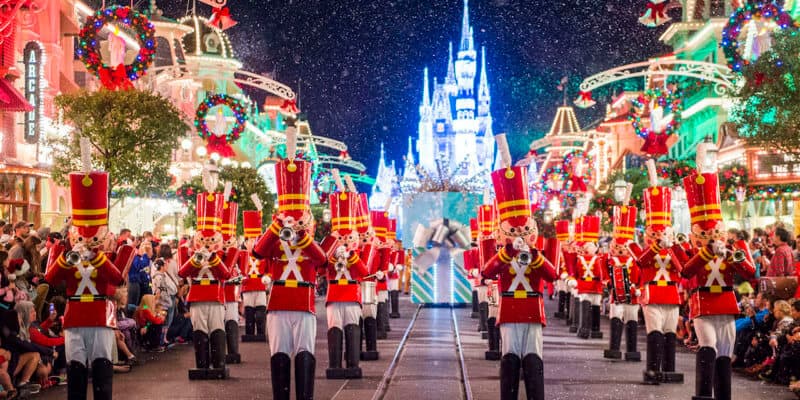 Disney Very Merriest After Hours is the newest event that will take place on 24 select nights in November and December. The After Hours event is replacing Mickey’s Very Merry Christmas Party this year, similar to how Disney After Hours Boo Bash replaced Mickey’s Not-So-Scary Halloween Party.

More details were released regarding the After Hours event, including pricing. Tickets range from $169 to $229 plus tax for select November-December nights and $249, plus tax for December 19 and December 21.

Though pricing is more than Disney After Hours Boo Bash, it is important to note that with Disney Very Merriest After Hours, attendees will be able to see fireworks and Mickey’s Once Upon a Christmastime Parade, something that Boo Bash did not offer.

With all of this being said, we were curious if our Inside the Magic audience would be attending Disney Very Merriest After Hours at those prices with everything included, or if they felt as though the pricing was a bit high. And here is what we found.

A good majority of our followers and fans simply said, “no” — that they would not pay those prices for the After Hours event, but there were a select few that elaborated on why exactly they felt that the pricing was too high.

Definitely not at that price. I’d rather put the money towards a 4-day military ticket. Much better value.

That price is ridiculous for a few hours.

Facebook follower Cheernana K. put some perspective on just how much these prices cost, writing:

Hmmm feed the family for a week or go to parade.

Robin P. made a point comparing the After Hours pricing to a regular Park ticket, asking:

Why does it cost more than a park ticket?

Another Inside the Magic Follower, Paul C. expressed:

This prices are laughable. Disney catering to the rich or putting people into debt.

And Stacie T. was so taken back by the prices, writing:

Inside the Magic Facebook follower, Stephanie C. said it’s either the After Hours event or staying on property, and it’s clear which she and her family prefer:

Kevin B. said that he and his son are debating on attending:

My son and I are debating. At these prices it is outragous and it is for only for 4 hours of park party time. For most of us it is paying Disney 50 bucks a hour per person to be there.

Even though a majority of our followers and fans said they would “absolutely not” attend, there were a handful of people that did say they would fork up the money. Facebook fan TK C. expressed:

Yes. We will be down there for this! I want to see it snow on main Street!

And Robyn A. said:

The event is four hours long (9 p.m. to 1 a.m., though you can get in as early as 7 p.m.) and gives Guests the opportunity to get in the holiday spirit at Magic Kingdom as fireworks light up the night sky, Mickey and friends ride down Main Street, U.S.A. in Mickey’s Once Upon a Christmastime Parade, holiday overlays will take over select attractions, and more!

For more information on Disney Very Merriest After Hours, visit our website here.

Will you be attending Disney Very Merriest After Hours? Let us know in the comments below.