Christmas Brings Parades BACK to Walt Disney World - Inside the Magic 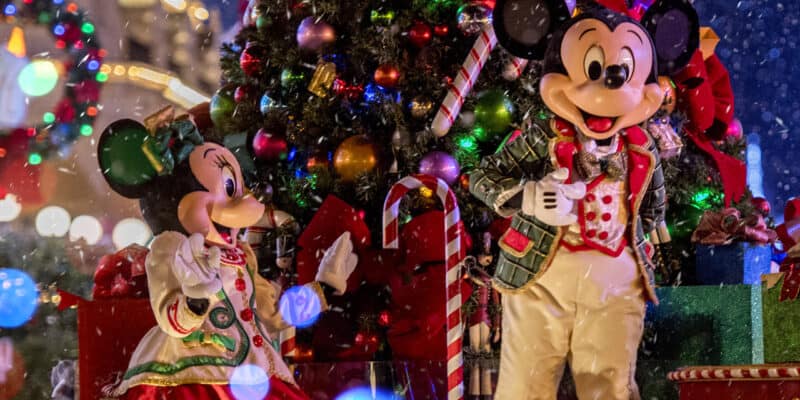 Disney has just announced that the fan-favorite Mickey’s Once Upon a Christmastime Parade is returning. This will be the first parade to return to Walt Disney World since the Resort reopened after its pandemic closure.

Here is what Disney had to say about the holiday offerings new and returning coming to Walt Disney World:

We are so excited to let you know that “Disney Very Merriest After Hours” will include the nighttime spectacular “Minnie’s Wonderful Christmastime Fireworks” and the special holiday-themed parade “Mickey’s Once Upon a Christmastime Parade.” That’s right, a parade! Mickey Mouse and Minnie Mouse will be joined by pals from Disney’s “Frozen” and many other favorite Disney characters including the very popular Toy Soldiers. This festive parade will, of course, also feature Santa Claus himself!

Disney has been changing the way they are celebrating the holidays at the Disney Parks as they draw nearer to the 50th anniversary of the Walt Disney World Resort. Just as Mickey’s Not-so-Scary Halloween Party was replaced with the After Hours Boo Bash. Disney announced that the Christmas party will be replaced with another new After Hours party called Disney Very Merriest After Hours.

Disney gave us more details about everything you can expect during the all-new Disney Very Merriest After Hours Party which you can read more about here.

Unlike the After Hours Boo Bash, the Christmas After Hours party will have a special fireworks show! Minnie’s Wonderful Christmastime Fireworks will not be one you want to miss.

It is unclear at this time if Disney will, as they have done in the past, feature the Christmas parade during the day for Guests through the week of Christmas in addition to the ticketed event.

Let u know if you are looking forward to the return of the Christmas parade at Walt Disney World in the comments!

Want to book a trip to Walt Disney World? We can helo, click here for more information.