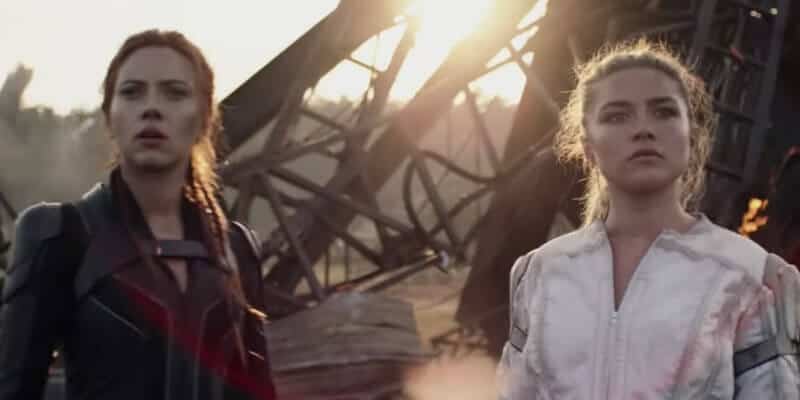 Since Marvel Studios’ first Phase 4 movie, Scarlett Johnasson-led Black Widow, released on July 9, 2021, it has garnered more than a little bit of controversy.

First, some Marvel fans were unhappy with the “low stakes” film that explored the origin story of Johansson’s Avenger, Natasha Romanoff/Black Widow. Then, Johansson herself caused a media flurry when she sued The Walt Disney Company for $50 million due to an alleged breach of contract regarding the release of her solo movie.

This allows Disney+ subscribers to pay an additional $29.99 to view movies the same day as their theatrical release. Johansson’s camp alleges that her Black Widow contract specifically prevented a simultaneous theatrical and streaming release, but it happened anyway.

The MCU actress — who has now reportedly severed all ties with Disney — has received support from Cruella actress Emma Stone and others in the Hollywood community.

Now, the writers who have been part of the “Disney Must Pay” movement have thrown their support behind Johansson, as well.

…the Disney Must Pay Task Force—the SFWA’s initiative for seeking proper royalty payments for writers of licensed material across comics and books like Alien, Star Wars, and Buffy the Vampire Slayer prior to Disney’s acquisition of those licenses—released a statement supporting the actress. “The #DisneyMustPay Joint Task Force calls on Disney to respect Scarlett Johansson’s professional and artistic work on the film Black Widow,” the statement provided to press begins. “The first way to respect Ms. Johansson is to pay her properly and not use unethical contractual maneuvers to avoid payment. This is not the first time the Task Force has seen Disney attempt such twisting of contractual language.”

Led by legendary Star Wars writer Alan Dean Foster, the movement began when numerous Disney writers alleged they did not receive the royalty payments they were owed for their work

Per a previous BookRiot report, numerous well-known authors, including sci-fi icon Neil Gaiman, formed a task force to attempt to take legal action against The Walt Disney Company, with the aid of the Science Fiction and Fantasy Writers of America organization:

While these authors signed contracts that assured them royalties as long as their books were being published, when Disney was contacted by the SFWA, they claimed they have “purchased the rights but not the obligations of the contract.” Disney is claiming that they can continue to profit off the intellectual property of these authors without giving royalties.

Related: Marvel Comic Writer is “Sick to His Stomach” After Seeing MCU Success

The authors involved in this situation wrote books for some of Disney’s more recently acquired IPs, such as Star Wars, Indiana Jones, Alien, and SpiderMan. Marvel Studios (Spider-Man) was purchased by Disney in 2009, Lucasfilm (Star Wars and Indiana Jones) was sold to Disney by George Lucas in 2012, and Disney acquired 20th Century Fox (Alien) — now 20th Century Studios — in 2019.

It is worth noting that Foster has confirmed he reached a resolution with Disney.

What do you think about the “Disney Must Pay” task force supporting Johansson?