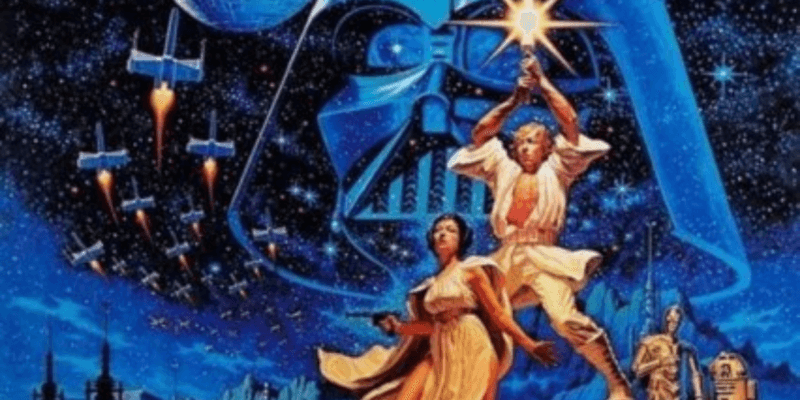 There appears to be a disturbance in the Force.

Veteran Star Wars author Alan Dean Foster claims that The Walt Disney Company for refusing to pay him royalties on novels he’s written, including the novelizations of some of the movies in the core Skywalker Saga.

Provided a platform by the Science Fiction and Fantasy Writers of America (SFWA), Foster wrote a letter to Disney explaining,

When you purchased Lucasfilm you acquired the rights to some books I wrote.  STAR WARS, the novelization of the very first film.  SPLINTER OF THE MIND’S EYE, the first sequel novel.  You owe me royalties on these books.  You stopped paying them.

When you purchased 20th Century Fox, you eventually acquired the rights to other books I had written.  The novelizations of ALIEN, ALIENS, and ALIEN 3.  You’ve never paid royalties on any of these, or even issued royalty statements for them.

All these books are all still very much in print.  They still earn money.  For you.  When one company buys another, they acquire its liabilities as well as its assets.  You’re certainly reaping the benefits of the assets.  I’d very much like my miniscule (though it’s not small to me) share.

Foster also called out the House of Mouse for trying to force him to sign NDAs before any negotiations are done, and for continuing to ignore legal action. He also disclosed, “My wife has serious medical issues and in 2016 I was diagnosed with an advanced form of cancer.  We could use the money.  Not charity: just what I’m owed.”

Foster reaffirms that he has always loved Disney going so far as to also say “I don’t think Uncle Walt would approve of how you are currently treating me.”

SFWA president Mary Robinette Kowal explained, “Disney’s argument is that they have purchased the rights but not the obligations of the contract. In other words, they believe they have the right to publish work but are not obligated to pay the writer no matter what the contract says.”

US contract law, however, is structured so that obligations are included when rights are transferred from one party to another.

SFWA has given Disney the following options:

This letter has made its way around the internet with #DisneyMustPay trending on Twitter. But Foster and the SFWA see this issue as something bigger than an isolated squabble with The Walt Disney Company, expressing they fear if Disney gets away with this, it is concerning for all creatives in the industry.

“Every creative person is at risk if a company that owns the rights to your work and is supposed to pay you royalties on whatever your work is, prints of your art for example, sells it to another company in France or someplace else and then they don’t pay you,” said Foster. “You have to have some recourse. It’s not right. It’s not complicated, morally or ethically, and I don’t think it’s complicated legally. It just needs to be addressed.”

SFWA hosted a press conference with Foster on this issue which you can watch here:

The Science Fiction and Fantasy Writers of America will host a press conference with author and SFWA member Alan Dean Foster.

Posted by Science Fiction and Fantasy Writers of America on Wednesday, November 18, 2020