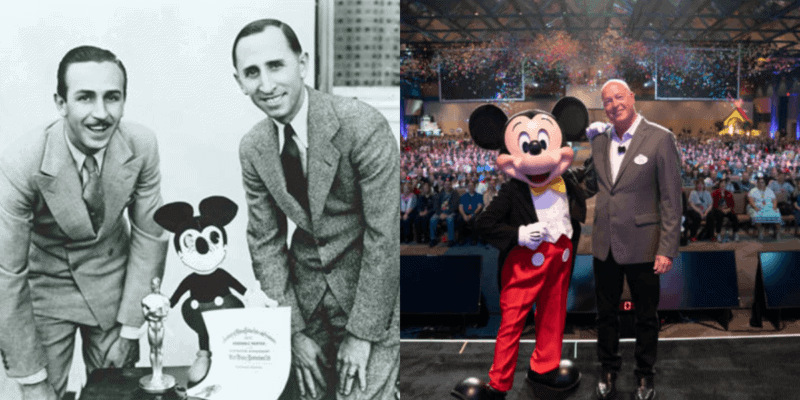 On this day 97 years ago, The Walt Disney Company was officially created, and this is a birthday celebration well-deserved. The favorite company of so many people across the globe arrives one year closer to its centennial in the midst of one of its most difficult challenges yet.

It has been a year where every theme park and resort in the world was closed for several months at a time, the movie theaters were shuttered, and Disney’s Broadway shows went dark.

But Disney’s legacy has continuously been about overcoming adversities so let’s take a look back on a few of those moments where life intervened and the company found itself in uncertain times. 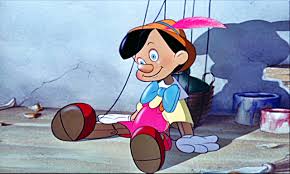 Right on the heels of Disney’s early success with Snow White and the Seven Dwarfs, the company hit a roadblock from 1939 through 1950. World War II first broke out cutting off Disney’s European market for movies from Pinocchio to Fantasia. Then, after America entered the Pacific theater by declaring war on the Empire of Japan, the Army descended on the studio, and most of the shorts to come out that year were propaganda shorts.

Walt Disney’s animators also went on strike for the first time in 1941.

In December of 1966, Walt Disney passed away. The company found themselves without their visionary leader. This alone can shake a company to its core, but this was Walt Disney.

In the midst of planning for Walt Disney World — at the time called the Florida Project — and several other film and park projects underway like Pirates of the Caribbean, The Jungle Book, and The Haunted Mansion, people began approaching every problem attempting to ask “What would Walt do?”

These are not the only times The Walt Disney Company — or at least parts of it — found themselves in dire straits. Walt Disney Animation went through a creative dark age from which they almost didn’t recover, Imagineering was stripped to its core, and the companies top brass has had to fight off a hostile takeover.

Now, Disney’s 97th year has been literally plagued by a pandemic. Every Disney theme park and resort around the world shut down for months and blockbuster releases were put hold just after The Walt Disney Company acquired 21st Century Fox.

Now, attendance at theme parks are at a fraction of their maximum capacity, Disneyland Resort — the Rome of Disney’s theme park empire — is still awaiting for the Governor’s theme park guidelines to be released so they can reopen, and the movie theaters struggle to be a place where blockbusters can soar off the charts as they did last year.

But like the heroes of its film, Disney has always come through. Walt Disney emerged from his war-time struggles with the release of Cinderella in 1950 which paved the way for Alice in Wonderland in 1951 and Peter Pan in 1953. All of which were tremendous successes.

After Walt’s death, his big brother Roy stepped up and personally led the construction efforts of the Walt Disney World Resort which would grow from a single park and a few resorts to the mega-resort we know today.

Michael Eisner came in as Disney’s CEO after the company dodged a hostile takeover and under his leadership, the company saw an awe-inspiring renaissance in the Parks and the movies as well as unprecedented growth to the entertainment conglomerate it is today! 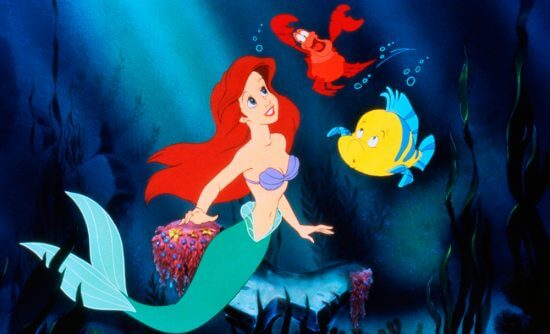 Personally, I have no doubt that if Disney could overcome its troubles of the past, they can emerge from this latest challenge stronger and more magical than ever.

The happiest of birthdays, Disney! Here’s to 97 more magical years!

Comments Off on The Walt Disney Company: 97 Years of Overcoming Adversity