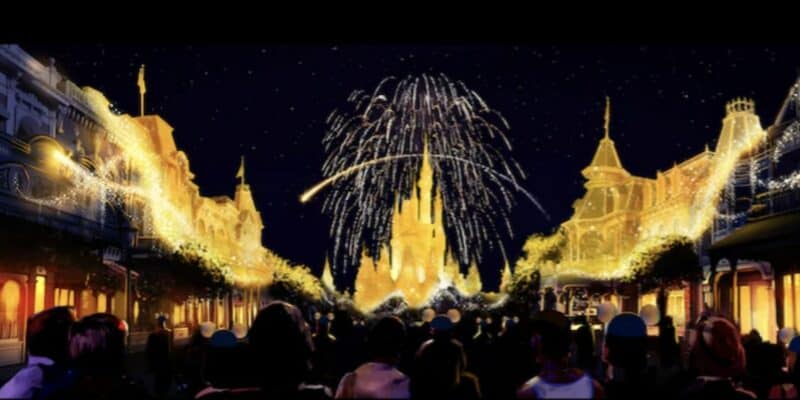 Just as operations at Walt Disney World Resort in Orlando, Florida, and Disneyland Resort in Anaheim, California, began returning to some sense of normalcy following the apparent worst of the COVID-19 pandemic, the highly contagious Delta variant emerged, leading to the re-implementation of certain restrictions at both domestic Disney Parks.

Perhaps the most notable change is that Disney is now once again requiring approved face coverings for all Guests age two and over in all indoor spaces, including attractions and merchandise locations, and on all forms of Disney transportation. Guests can still remain mask-free in outdoor areas, or, if indoors, while actively eating or drinking at a restaurant or other designated dining locations.

This aligns with current recommendations from the U.S. Centers for Disease Control and Prevention (CDC).

Regardless of Disney’s pandemic-era rules that promote health and safety, many potential Walt Disney World Resort Guests are canceling flights to Florida as the Delta variant surges in the state, which never had a government-mandated statewide mask requirement or other COVID-19 protocols in place.

In fact, Florida Governor Ron DeSantis has been vocally opposed to these regulations, particularly in regard to theme park operations and the cruise ship industry.

Bloomberg shared details about travel in the United States, noting that Southwest Airlines, in particular, has seen a negative impact from the Delta variant’s rise:

So far, airport data don’t point to many families second-guessing vacations, with 2.17 million travelers passing through Transportation Security Administration checkpoints on Sunday, 82% of the total for the same date in 2019. That said, Morning Consult’s weekly tracker does reveal a modest pullback in the number of U.S. adults who say they’re comfortable visiting an amusement park, getting on an airplane and traveling in general. And Southwest Airlines Co. said Thursday that it’s seeing increased cancellations this month, citing the delta variant.

Related: Traveling to Disney Just Became Impossible For Many (Again)

At this time, neither Walt Disney Company CEO Bob Chapek nor any other Disney executives — such as Disney Parks, Experiences and Products Chairman Josh D’Amaro — have spoken out specifically about theme park operations in regard to the Delta variant, particularly in Florida, where case numbers are high.

Orlando NBC News affiliate WESH 2 did, though, share some positive news out of a University of Florida study:

Experts believe cases will drop in mid-August and continue to fall until November.

“It really means we will go back to levels we were at in June before the delta variant, and it will probably stay at that level more or less until another variant comes,” Dr. Logini said.

The researchers say the best way to prevent future surges is to follow the advice: get vaccinated, wear masks and keep distance.

Related: Fans Speak Out About Mask Mandates vs. Vaccine Passports

Furthermore, it is worth noting that, at least at this time, it seems that many Disney World Guests have not been deterred from making their 50th anniversary trips.

Although Disney’s All-Star Movies Resort still has availability for the official kickoff of The World’s Most Magical Celebration on October 1, 2021, many other Disney Resort hotels, such as Disney’s Coronado Springs Resort and Disney’s Contemporary Resort are sold out [see screenshots below].

It is, of course, unknown how the Delta variant will continue to impact travelers’ decisions as the 50th anniversary draws closer. Should case numbers in the State of Florida rise — or more states implement travel restrictions again (California has already warned against traveling to Florida) — Disney World’s 50th anniversary could be affected.

Fortunately, Disney has planned ahead and the 50th anniversary celebration will last for 18 months, into 2023, giving Guests ample opportunity to experience everything Magic Kingdom, EPCOT, Disney’s Animal Kingdom, and Disney’s Hollywood Studios have to offer for this once-in-a-lifetime experience.

What do you think about traveling to Disney World right now?