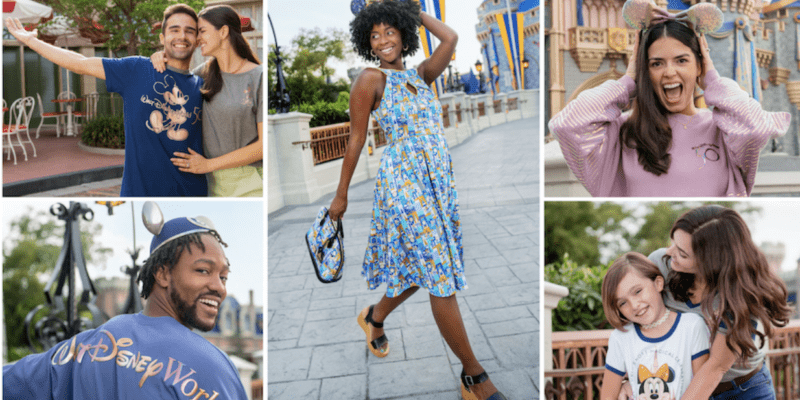 It is not uncommon for The Walt Disney Company to place purchasing limits on popular pieces of merchandise, such as limited edition products — like last year’s Minnie Mouse The Main Attraction collection or the current Stitch Crashes Disney series. Unsurprisingly, these limits are also in place for Walt Disney World Resort’s 50th anniversary merchandise.

Online at shopDisney.com, products are limited to 10 per Guest, which is typical for the website. You can see the purchasing limit listed on the $74.99 Walt Disney World Resort 50th anniversary spirit jersey [below].

Even with these limits in place, many 50th anniversary items sold out online in mere minutes after they launched — the navy blue spirit jersey, for example, is now sold out in all sizes.

Via the official Walt Disney World Resort Guest Services phone line, Disney was able to confirm with us that the in Park purchasing limit for 50th anniversary times is two per Guest, so bear this in mind if you plan to be at Magic Kingdom, EPCOT, Disney’s Animal Kingdom, or Disney’s Hollywood Studios in the near future.

It is not yet known if sold-out items online — and in Disney World’s theme parks — will be restocked, but it seems likely that they will be since the 50th anniversary celebration officially begins on October 1, 2021, and extends into 2023.

Disney World officially describes the merchandise for The Most Magical Celebration on Earth as:

Unique and stylish, the 50th anniversary merchandise collections are filled with must-have mementos that’ll bring smiles of pure joy to Disney fans of all ages. And when it’s time to head home, you can take a piece of this once-in-a-lifetime celebration with you to relive, cherish and commemorate your experience.

Available throughout Walt Disney World Resort during the celebration, these collectibles span a wide variety of styles—from classic to contemporary and everything in between.

Are you visiting Disney World for the 50th anniversary?