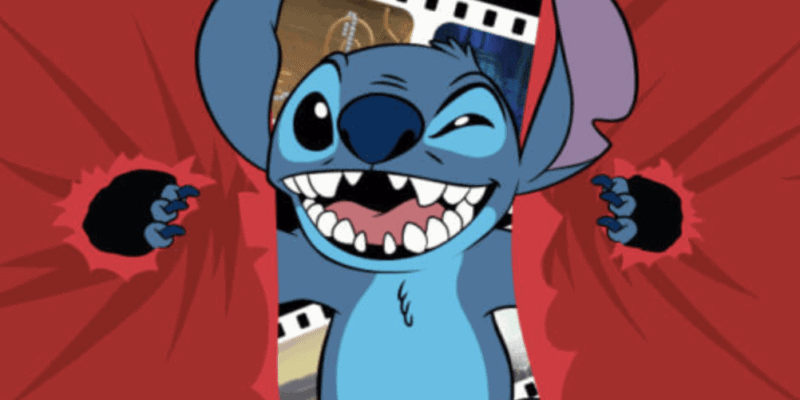 Say “Aloha” to a new Disney collection for 2021! In 2020, Disney gave their fans the amazing (and elusive) Minnie Mouse: Main Attraction collection. In 2021, things are about to get a bit more mischievous. Disney has announced the Stitch Crashes Disney collection. Each month will feature Stitch crashing favorite classic Disney films, causing chaos as only Stitch can! Disney previewed the collection on shopDisney, giving the Disney fan ‘Ohana a taste of what’s to come for this wild collection.

Disney posted this awesome preview video. This collection is inspired by the original 2002 film trailers for Lilo and Stitch, which you can see portions of in this video!

In 2002, Stitch crashed fans’ favorite Walt Disney Animation Studio film scenes, and now in 2021, they can join shopDisney, Disney store and Downtown Disney District at Disneyland Resort and Disney Springs at Walt Disney World Resort as he crashes an all-new collectible series, all year-long! Releasing globally on the third Saturday of each month, Stitch Crashes Disney is the latest introduction of a monthly collection that features plush and pins, inspired by the original Lilo and Stitch film trailers from 2002. All year long, the mischievous character will be crashing classic Disney Animated films and fans are invited to join him in the fun to collect all 12 styles!

This collection will be available on shopDisney first, followed by a release in Disney Stores globally and U.S. Disney Parks. The January collection gives fans an idea of how Disney will roll out these collectibles each month. Right now, it appears each monthly release will include a plush, pin, and MagicBand options.

In the first month of this collection, Stitch channels his inner beast as he crashes the Disney classic, Beauty and the Beast – just in time for the film’s 30th anniversary. This collection includes a plush, pin, and MagicBand, indicating the items we will likely see in each month’s release. The MagicBand will only be available on shopDisney, unlike the plush and pin, which will be available when the collection releases in Disney Stores and theme parks each month.

This January release is mischievously adorable! The plush is patterned with the Beauty and the Beast stained glass rose pattern. It looks like Stitch stole the rose from under Beast’s nose.

The pin is similar to the plush, with Stitch patterned in stained glass artwork and holding a rose in his mouth. There is even a pink rose pattern on the inside of Stitch’s ears!

There is not a close-up photo of the MagicBand – yet. But, we can see it in this photo of the whole collection! It has a purple base scattered with dark purple roses with Stitch biting Beast’s rose on the side.

The January collection is approaching quickly, so put the dates below from Disney on your calendar if you want to purchase. This Stitch collection will require MerchPass for the shopDisney releases, so you will need to enter MerchPass on January 12th if you want to purchase select or all products from this month’s series. MerchPass is a system Disney uses for random guest selection for purchase opportunities of high demand products.

Disney will offer a pin book to hold all of the special Stitch pins from this monthly series collection. On the front, Stitch is bursting through a film strip and licking the cover of your photo book. Hopefully, he won’t chew on your pins too much!

Disney also teased upcoming months for the collection through June 2021. It looks like the monthly releases will crash these Disney movies, with each Stitch item capturing an iconic Disney movie scene:

Keep checking on shopDisney for more MerchPass dates. In stores, the collection will be available on the third Saturday of each month, but for January Series 1, MerchPass will open on Tuesday, January 12.

Will you be purchasing any items from the Stitch Crashes Disney Collection for you or your ‘Ohana? Let us know in the comments!