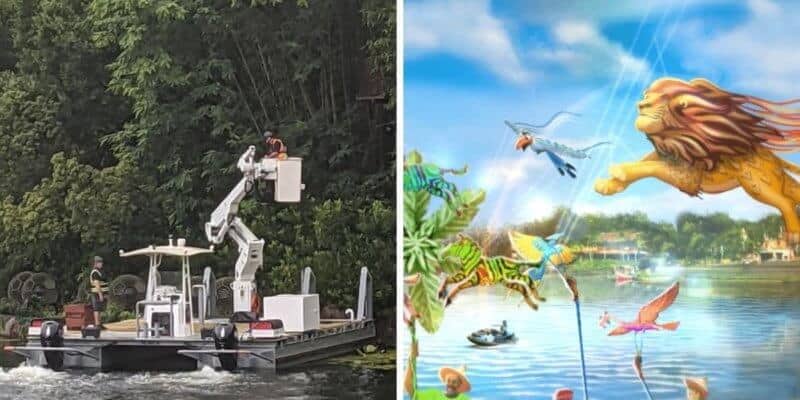 Disney announced that a new daytime show would be coming to Disney’s Animal Kingdom for the 50th anniversary. This news comes months after they announced that the nighttime show, Rivers of Light, was ending its run.

Now, construction may already be underway to prepare for the new Animal Kingdom show, Disney KiteTails, as construction workers were spotted inside the theme park yesterday afternoon.

As seen in the photos below, taken by Inside the Magic, maintenance work was spotted on the river.

It looks as though the workers are clearing out trees around the river. After further examination, it looks like they are removing speakers that were most likely used for the old Rivers of Light show.

We suspect that this is most likely to prepare for the new Disney KiteTails show coming for the 50th anniversary in October.

Disney KiteTails will debut on October 1, 2021, as part of the 50th anniversary celebration at Walt Disney World. For more information on Disney World’s 50th, visit our website here.