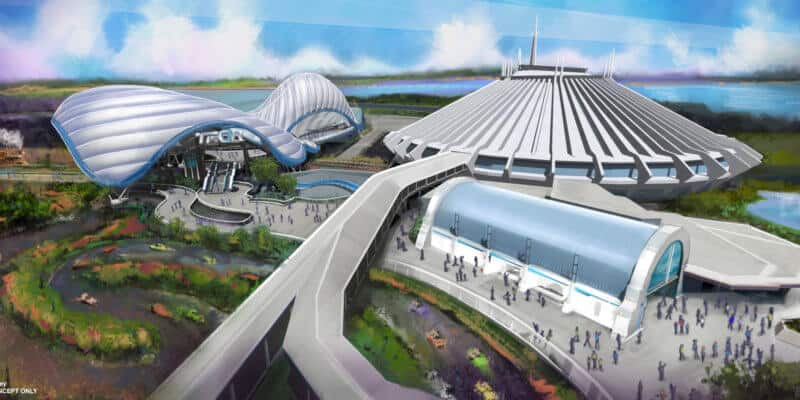 All the way back in 2017, Disney announced at its D23 Expo that it would be bringing the popular TRON Lightcycle Power Run from Shanghai Disney to the Magic Kingdom at the Walt Disney World Resort where it will be called the TRON Lightcycle/Run. While an opening date was never given, it was believed that the ride was going to be finished in time for Disney World’s 50 Anniversary celebration that will kick off this October.

Unfortunately, the TRON project has suffered numerous delays — including a huge one due to the COVID-19 pandemic — and will not be opening this October. And while a huge amount of progress has been made to Disney World’s new roller coaster, it is unlikely that the ride will even open this year.

However, in a recent podcast interview, the Vice President of Walt Disney World’s Magic Kingdom, Melissa Valiquette, gave an exciting update on just how far along the Lightcycle/Run has come. Valiquette spoke to the Theme Park Rangers podcast and said that she has sat in a Lightcycle vehicle.

I have sat on the TRON Lightcycles here in Florida and it was spectacular. I tell you what, just sitting on that Lightcycle…it was a thrill and it didn’t go anywhere. You know, I was sitting on a wooden box on a Lightcycle and I still felt like it was thrilling.

The TRON Lightcycle/Run vehicle will be similar to the ride vehicles for Avatar Flight of Passage — an exciting ride that puts Guests on the backs of Banshees. The ride vehicle has a motorcycle shape and TRON will nearly put people flat on their stomachs, which Valiquette believes will add to the thrill of the new ride.

Valiquette also thinks that the ride will be incredibly popular since it has been a long time since there was a new roller coaster built at the Magic Kingdom. While the Seven Dwarfs Mine train did open in 2014, it is aimed at audiences of all ages, whereas TRON Lightcycle/Run will be aimed at an older audience, as it may be too intense for younger riders.

Sadly, Valiquette was not able to give an opening date, or even an opening time frame, but hopefully the roller coaster will open sometime in early 2022, so those Guests visiting for the 50 Anniversary will have the opportunity to ride the new attraction.

Are you excited to hear the progress that is being made on TRON Lightcycle/Run? Let us know in the comments!