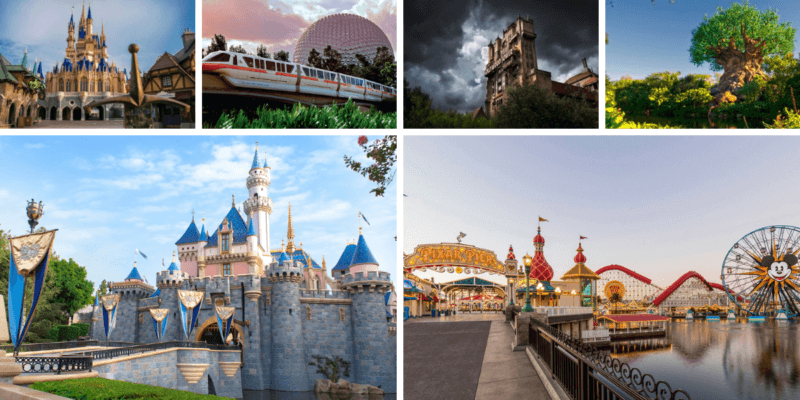 When the Walt Disney World theme parks reopened last summer after a four-month closure, one of the biggest changes was the elimination of Park Hopping. Guests had to pick which of the four theme parks they wanted to spend their whole day in. Park Hopping finally returned in January 2021, although there were restrictions — Guests could Park Hop, but not before 2 p.m. and they had to reserve a spot at a theme park where they would start their day.

The same sort of Park Hopping system was introduced at Disneyland when it reopened in April 2021. Guests could only begin hopping between Disneyland and Disney California Adventure after 1 p.m. and they had to pick a theme park where they would start their day.

The Park Hopping restrictions are still in place at both Walt Disney World Resort and Disneyland Resort, and it doesn’t look like they are going anywhere any time soon. That could change if modifications are made to the theme park reservation system — which has been in place as a means of controlling capacity at the Disney Parks — or if the reservation system is done away with altogether,  but Disney has not indicated that that will happen soon or at all.

However, there is still one thing that could make Disney do away with the current Park Hopping restrictions: an even further increase in capacity. Disney has not said that Disney World and Disneyland are operating at full capacity yet — although their exact capacities are not known at this time and Disney Parks officials have stated that they have been gradually increasing capacity. If either theme park decides that they can get rid of those capacity limits, then perhaps Park Hopping limitations can also be lifted.

Even if Park Hopping restrictions are not eliminated completely, they may change in the future. Perhaps the Disney Parks could decide that instead of having to wait until the afternoon to Park Hop, Guests may Park Hop in the mid-morning or just a couple of hours after the theme parks open for the day. This has not been confirmed, but as anything can change with Disney Parks operations, it may be plausible.

While there has always been a limit on the number of Guests allowed inside the theme parks, that number was much higher than it was when the Parks began operating in this pandemic era. It stands to reason that if Disney decides to stop limiting capacity altogether and goes back to normal theme park operations and capacity, then, theoretically, the Park Hopping rules could be eliminated, as well.

While capacity limits increased as COVID-19 numbers went down, those numbers and infection rates are now going back up. If Disney hopes to once again increase the number of visitors they allow, which could be the catalyst for Park Hopper changes, then perhaps there will first need to be a decrease in COVID-19 cases, which have, unfortunately, been on the rise again.

Would you love to see Disneyland and Disney World get rid of their Park Hopping limitations? Let us know in the comments!