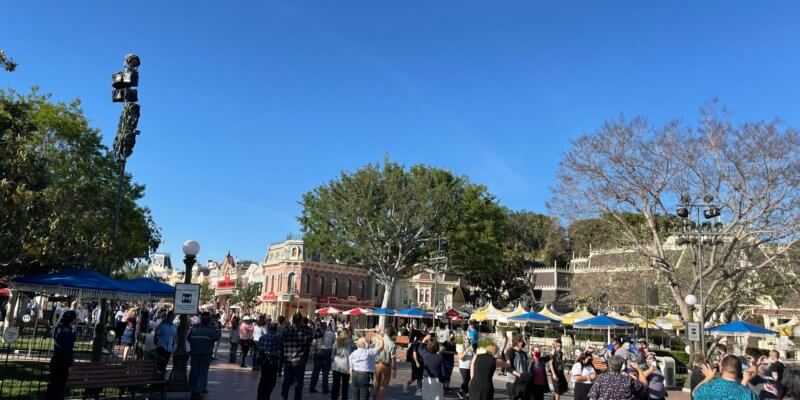 Today it was announced that Orange County, CA — home of the Disneyland Resort — would be moving into tier 4, the least restrictive tier in Governor Gavin’s Newsom’s Blueprint For A Safer Economy.  Orange County is currently in tier 3 — the orange tier.  The move to the yellow tier will happen on Wednesday, May 19, allowing big changes to occur for the theme parks of the Disneyland Resort

Being in the yellow tier also means that indoor restaurants on Disneyland Resort property will be able to operate at a 50% capacity.  The current orange tier capacity limits indoor dining to 25%. Disneyland Resort recently announced the reopening of more restaurants at the resort, which will help the increased capacity as Guests will have more dining location choices.

Orange County’s move to tier 4 — the least restrictive yellow tier — comes just one week after it was announced that Orange County had reached the threshold to move into the yellow tier. Typically, the county would have to maintain that threshold for at least two weeks before being able to move tier. However, time-frame exceptions have been made in the past, due to the decrease in COVID-19 cases and the increase in vaccinations. Plus, the state gave the county credit for the week prior, so we knew that a change in tier status was inevitable as long as criteria continued to be met.

Orange County — and the state of California — hope to be able to remove all restrictions and tiers within the state by June 15. That could mean that Disneyland Resort would be able to operate the theme parks at full capacity with far fewer pandemic-era restrictions. While Disney officials have not made a statement as to when they hope to operate at full capacity, they have indicated that they are ready to increase capacity the moment they are able to.

At this time, Disneyland Resort officials have not made an announcement whether they will be increasing their capacity to 35% beginning tomorrow, but we do know they have the green light to do so as soon as the tier change is in effect. Inside the Magic will keep you updated if and when an announcement is made. For the time being, all other rules (including face masks and social distancing) remain in place, and we will report back if anything changes next month when the State of California plans to lift even more restrictions.

How do you feel about Disneyland being able to allow even more Guests in the park?  Let us know in the comments below.

CLICK HERE to book your magical Disney vacation with our friends at Academy Travel today!