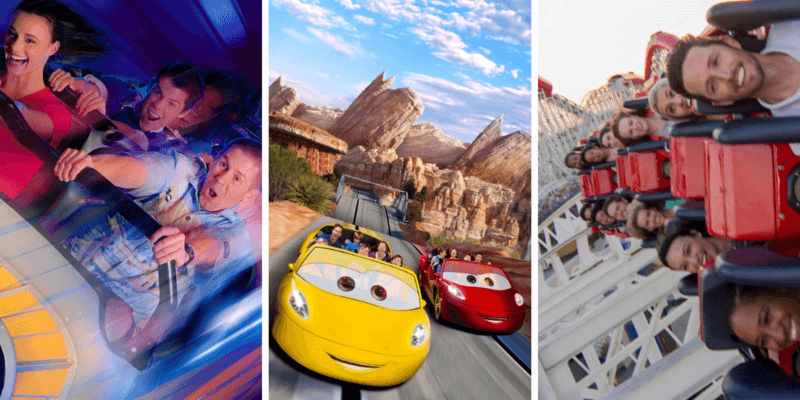 Today it was announced that Orange County — which includes Anaheim, where Disneyland Resort is located — is going to enter into tier 3 (the orange tier) of State of California’s reopening plan on Wednesday as COVID-19 cases decrease and vaccine distribution increases.  With this move comes some major changes that will directly affect Disneyland Resort.

Disneyland and Disney California Adventure are set to reopen on April 30. Here is how the new tier 3 status for Orange County (effective this week) will impact theme park operations.

Keep in mind that although the tier 3 status of Orange County will allow the theme parks to reopen to 25% capacity, Disney has not yet formally stated at what capacity the parks will be operating. The company has only shared that capacity will be limited. However, the change in tier status gives us a good indication of what we may expect as well as what we know is now allowed for the parks in terms of their operations.

One of the biggest changes that being in tier 3 instead of tier 2 brings is Disneyland’s capacity limits.  When Orange County was in the red tier, Disneyland Resort was limited to a 15% capacity maximum in their parks, Disneyland and Disney California Adventure. As in, if the theme parks of the Disneyland Resort were to reopen when Orange county was in the red tier, they would only be allowed to reopen to a 15% capacity. However, now that the county is entering the orange tier, Disneyland and California Adventure can reopen to a 25% capacity on April 30, so long as the tier status does not change by that time.

Keep in mind that Disneyland and Disney California Adventure have not yet officially announced a full list of dining locations that will be reopening with the theme parks, but we will keep you updated when an announcement is made. 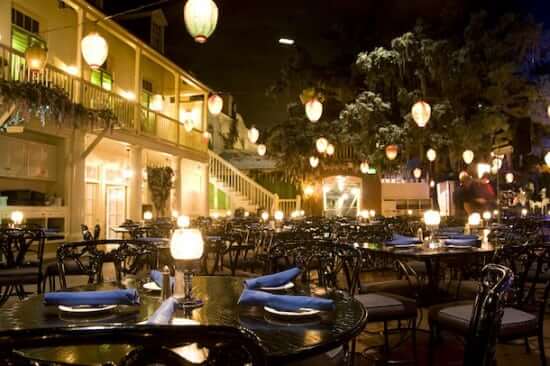 Additionally, keep in mind that even though the reopening guidelines state that theme parks can allow walk-up ticket sales (though advanced sales and reservations are recommended), it does not seem that that is something the Disneyland Resort will do.

It was announced in September that Disneyland would follow the Disney World model of ticket sales.  The Disneyland Resort website also states that a theme park reservation system will be in place as a way of managing attendance. Guests wishing to visit the Disneyland Resort will have to purchase their tickets online and then also make a reservation to the park they wish to visit, although Disney has not yet announced when tickets will go on sale.

While moving to tier 3 will mean some big changes, there are certain things that will stay the same.

Facial coverings will still be required in the parks when the Guest is not actively eating or drinking.  Currently, the Disneyland Resort, which includes Downtown Disney, requires masks for all Guests over the age of 2.  This will not change with the move to the orange tier, tier 3.

Something else that will remain the same is the availability of park tickets to in-state residents only.  According to the guidelines laid out by the California Department of Public Health:

At the time a guest makes a park reservation and purchases park tickets, the park operators must obtain an attestation that when visiting the park, the guest’s party size will not contain more than 3 households and the guest, and all members of the guest’s party will be in-state visitors.

When it comes to attraction queues and riding, all queues must be outdoors, with each party separated by six feet.  Rides can also not last more than 15 minutes.  While most of Disneyland and California Adventure’s queues are outdoors, small lines would be created indoors as Guests waited to board ride vehicles. Disney has not yet shared exact details regarding attraction operations, but we will update our article with more information as we receive it.

Disneyland is scheduled to open on April 30, but it has not yet been announced when tickets will be on sale or how much they will cost. Downtown Disney has been open since July and Disney’s California Adventure Park opened up Buena Vista Street for shopping in November and opened up further on March 18 for the hard-ticketed event, A Touch of Disney.

Comments Off on Disneyland Can Reopen to MORE Guests, Allow Indoor Dining