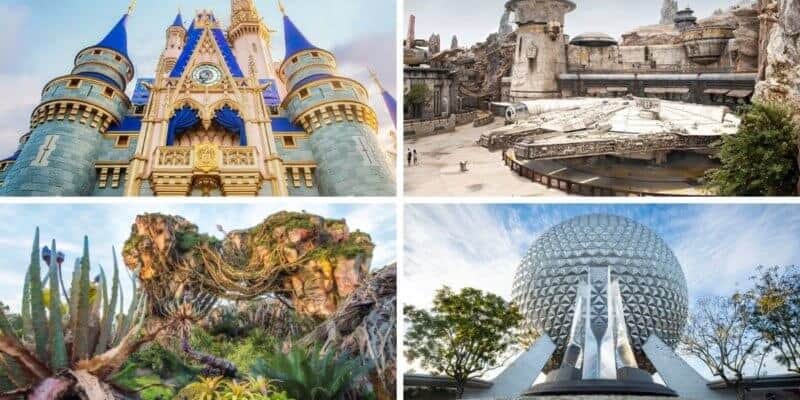 When Walt Disney World Resort reopened its gates in July 2020 after being temporarily closed due to the pandemic, they also implemented several modifications to help keep Guests and Cast Members safe — including the elimination of some fan-favorite perks. Among those that were missing were FastPass+, room service at the Resort hotels, and Park Hopping.

However, on January 1, 2021, the theme parks decided to bring back Park Hopping at Walt Disney World Resort, though it is important to note that it looks a bit different than it has been in years past.

Guests were extremely excited to get back to the “normal” practice of visiting multiple parks in one day at Walt Disney World Resort, including Magic Kingdom, Disney’s Animal Kingdom, EPCOT, and Disney’s Hollywood Studios, but with the changes comes a bit more planning.

For example, Guests are not able to enter their second theme park of the day before 2 p.m., and the theme parks are still held to the 35% capacity limit. Additionally, with park hours changing and some parks remaining open later than others, trying to determine which parks to visit first compared to last can be a bit tricky and overwhelming.

That’s why we decided to put together this Park Hopping 101 guide to help you plan your visit to the Most Magical Place on Earth in Spring 2021.

Related: Guests Says Four Parks One Day is Easier Than Ever With Park Hopping Return

If you are planning to visit Disney World in the upcoming months, and want to Park Hop but aren’t sure what the best strategy is with the new restrictions in place, follow our tips and tricks and you’ll be ready to travel from a galaxy far, far away at Disney’s Hollywood Studios directly to Pandora – The World of Avatar at Disney’s Animal Kingdom.

Now, there are a few different scenarios we mapped out for you depending on what your priorities and must-do’s are.

By looking at both park hours and crowd levels, this combination of theme parks could work really well for your family. By starting your day at Magic Kingdom, which typically opens in the springtime around 9 a.m., you will have five hours (keep in mind you cannot Park Hop until 2 p.m.) to ride attractions, watch character cavalcades, and even grab some lunch before heading over to the second park.

In my experience this past week, Magic Kingdom was packed with crowds (see photo above) so only spending half a day here was enough for me. I was able to ride everything that was on my “must-do” list, grabbed lunch, and then I was ready to head out.

When looking at park hours, I suggest heading over to either Hollywood Studios or EPCOT for your second park of the day. Both of these theme parks are open at least two to three hours after Animal Kingdom, so hopping over to see some animals may not make a lot of sense as you won’t have as much time to spend there.

As for EPCOT, I found that this park hasn’t been as busy as other parks — Then again, this could be just because EPCOT has wider pathways overall and is a bigger park so Guests can be spread out more compared to somewhere like Hollywood Studios or Magic Kingdom, which have several sections of the park that can quickly become busy (i.e. the walkway by Peter Pan’s Flight and “it’s a small world” in Magic Kingdom as well as Galaxy’s Edge in Hollywood Studios.)

Another option Guests can try their hand at is starting out at Disney’s Animal Kingdom, which opens up the earliest out of all the theme parks currently.

If you get to Animal Kingdom for park opening, which has been at 8 a.m., you can spend six hours at the theme park before heading over to your second park for the day. That is plenty of time to ride all of the attractions, including the popular Pandora ride, Flight of Passage, and even grab lunch at one of the many quick-service locations (or sit-down restaurants) before Park Hopping to another theme park.

Once 2 p.m. hits and you are ready to visit a second theme park, I suggest heading over to Magic Kingdom. A quick bus ride over and you should be there no later than 3 p.m., giving you a few hours to enjoy some cavalcades and ride some classic attractions.

My last suggestion is for all of you who want to ride Rise of the Resistance — Book your Park Pass Reservations for Hollywood Studios and start your day there!

This makes sense since, in order to join the boarding group queue, one must have a valid Disney Park Pass park reservation. And since Disney already stated that Guests only need a park reservation for their first theme park (subject to change), it makes sense Guests will only be able to join the boarding group queue if they are visiting Disney’s Hollywood Studios first.

So again, the only way to try for a boarding pass is to have your first park of the day be at Hollywood Studios so if this is a priority for you and your family, I suggest option #3 and start your day here.

After you have experienced enough of the theme park, and once 2 p.m. rolls around, you are able to visit any other theme park. I suggest EPCOT since it is only a short boat ride away. Guests can also take the Skyliner to Caribbean Beach and transfer to the EPCOT line as another option.

EPCOT has been staying open until 8 p.m. every evening so this gives Guests another six hours to enjoy everything this park has to offer — From Test Track to Spaceship Earth to walking around World Showcase — Including visiting the 2021 Taste of EPCOT Flower and Garden Festival!

The 2021 Taste of EPCOT Flower and Garden Festival is running this year from March 3, 2021 through July 5 so there is plenty of time to take advantage, especially with visiting EPCOT as your second park for the day to experience everything this festival has to offer.

If you want to visit Disney World on your next family vacation, but need help planning, be sure to reach out to our friends at Academy Travel. Get your free quote today!

Are you excited that Park Hopping is back? What is your favorite plan when it comes to Park Hopping? Let us know in the comments below.