Disney Imagineers Confirm WHEN 'Star Wars': Galactic Starcruiser Will Open - Inside the Magic 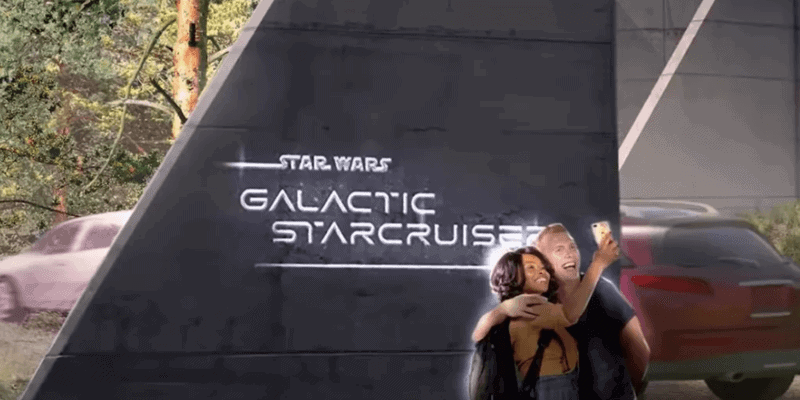 Walt Disney Imagineers have been working on the Star Wars: Galactic Starcruiser hotel for well over five years — the project was officially announced at the 2017 D23 Expo in Anaheim, California but, of course, the Imagineering department had been hard at work on the new Walt Disney World Resort hotel for much longer.

Now, several of the Imagineers who have been involved in the Star Wars hotel project — including Scott Trowbridge, one of the masterminds behind the Star Wars: Galaxy’s Edge land at both Walt Disney World Resort and Disneyland Resort — have shared details about the immersive experience, including when Guests will be able to board the Halcyon for the first time!

Per a new video on Disney Parks Blog, the Star Wars: Galactic Starcruiser will be launching in spring 2022!

The newest Disney Resort hotel — which Walt Disney Company CEO Bob Chapek has said will leave Guests “blown away” — will be set during the Galaxy’s Edge timeline between Star Wars: Episode VIII – Return of the Jedi (2017) and Star Wars: Episode IX – The Rise of Skywalker (2019).

This means that popular sequel trilogy characters like Rey (Daisy Ridley in the films), Kylo Ren (Adam Driver in the films), and Chewbacca (Joonas Suotamo in the films) are set to appear on the Starcruiser in some fashion or another.

We don’t yet know the full storyline, but Guests can anticipate that their choices will impact the events on the luxury starship — and, they can expect an experience worthy of high-class galactic citizens.

From the Imagineers’ discussion, Guests onboard the Starcruiser can anticipate some delicious food items at restaurants like the all-ages Sublight Lounge and the Crown of Corellia — an ode to Han Solo’s home planet where ships like the Corellian MPO-1400 Star Cruiser Halcyon were built.

The team shared that they “have really gone above and beyond with bringing food concoctions and beverage concoctions that truly feel like they’re from a different galaxy than this.”

Trowbridge expressed that he hoped passengers are “surprised by our food and beverage experience and how great it’s going to be.”

While we already knew that Guests on the Starcruiser would get the chance to take a port excursion to Batuu — the Outer Rim planet where Galaxy’s Edge is set — we now know more about the experience, which will include rides on both Millennium Falcon: Smugglers Run and Star Wars: Rise of the Resistance.

The Imagineers noted that Guests will go to Batuu “in such a cool way…where we’ve got a transport that’s operated by Black Spire Outpost that is going to fly up to our ship, gather up our Guests and take you straight out into Black Spire Outpost.”

We also learned for the very first time that Coaxium, the precious material Hondo Ohnaka sends Guests to pick up on Smugglers Run — and that plays a key role in Solo: A Star Wars Story (2018) — will play a major role in the Galactic Starcruiser story.

The Imagineering team shared, “…there is a deal for this Coaxium that we’re going to steal. We actually get to tell the story before you arrive of who that buyer is. And we actually get to deliver that later on. And, so that Coaxium becomes a pivotal piece in our story.”

We don’t know about you, but we’re gunning for the buyer to be Lando Calrissian (Billy Dee Williams in the films).

The more we learn about the Stracruiser experience, the more excited we get about blasting off next year!  Visit the official webpage for all of the latest details, including reservation information. And, make sure to watch the full conversation below to discover all of the secrets the team shared about the upcoming Star Wars hotel experience, and

Are you looking forward to the Galactic Starcruiser opening in spring 2022?