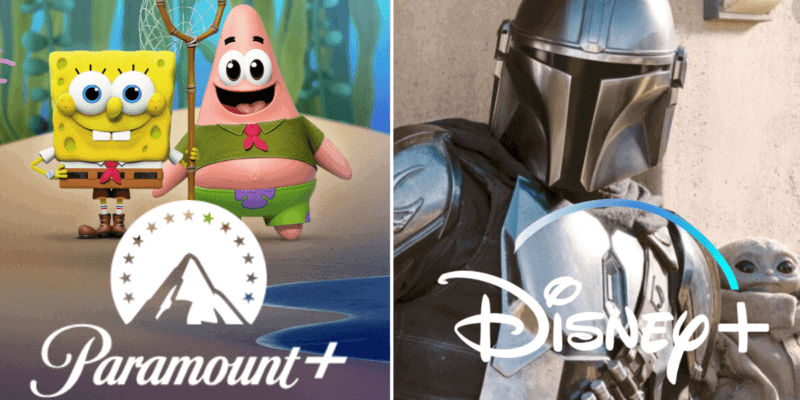 As Disney+ rises to the challenge of competing with Netflix, a new competitor has entered the scene. Yes, we are talking about the upcoming streaming service, Paramount+. Paramount+ is transforming the current streaming service, CBS All Access, with a new name and tons of new content. Though Disney+ has been a huge success with around 94 million current subscribers, the new competition is fierce. Paramount renews the rivalry between Disney and one of its biggest entertainment competitors, Nickelodeon. While Disney gives viewers all the nostalgia, Paramount can use Nickelodeon to deliver on that promise as well.

As Paramount+ nears its launch date, March 4, it also closes in on the heartstrings of its viewers. Today’s viewers, especially the Millennial generation, thrive off of nostalgia — and this new streaming service’s content will hit you right in the feels. Paramount+ is giving us all the Nickelodeon nostalgia we could dream of and more. Not only will the service offer full series, such as iCarly or SpongeBob SquarePants, but it will also offer — *dramatic pause* — Nickelodeon reboots of some of your favorite shows. Disney fans know how important nostalgia is because Disney is an expert at using nostalgia to bring us back to our childhood. Paramount is taking a page out of Disney’s playbook and offering to give viewers the renewal of their childhood heroes. Let’s look at just a couple of the shows promised by Paramount.

What shows and movies will be rebooted on this service? First of all, there are many Nickelodeon characters that we can see more of on the service. Rugrats has announced a reboot of their series, so get ready for lots of small fry shenanigans. Paramount+ will boast movie titles, such as The SpongeBob Movie: Sponge on the Run, as film reboots of classic childhood shows.

Speaking of classic children’s shows, Paramount+ will also offer a reboot of the Avatar: The Last Airbender universe. This is the reboot I’m personally most excited for. The original creators will return to launch Avatar Studios and create new original content for the service. The service will offer the original series and The Legend of Korra along with a new animated film coming soon. This is not the last of the Avatar universe we will see either, as the service teases more animated series content to come in different timelines (maybe with other past Avatars!). If that’s not enough, an iCarly reboot was announced for the service as well! This reboot will include Carly Shay and many original cast members. There are so many childhood shows to look forward to!

In addition to childhood favorites like the Nickelodeon reboots, Paramount will also reboot nostalgic heroes in new originals. A Frasier reboot will be coming to the streaming service soon. There will also be new movies in the following film franchises: A Quiet Place, Top Gun, Sonic the Hedgehog, Paranormal Activity, and more! Many of these Paramount movies will enter theaters first, and then appear on Paramount+ 30 to 45 days after the theatrical release. Also, the service has announced a Halo series, based off the popular video game franchise, a Grease series, and a series going behind-the-scenes of The Godfather franchise. Paramount+ appeals to audiences of all ages and their nostalgia cravings!

What Could Disney+ Do to Compete?

Disney needs to be prepared for competition from this streaming service. Disney+ has an incredible line-up announced for this year so far, including Star Wars: The Bad Batch and Marvel content like Loki and Falcon and the Winter Soldier. While WandaVision and The Mandalorian prove Disney’s ability to give new content in nostalgic franchises, they may want to hit all the areas they can to compete.

First of all, Disney could increase their nostalgic content to compete with Nickelodeon reboots. They would not even have to reboot a children’s series, but rather add all the ones missing from Disney+. Disney fans crave the addition of Rolie Polie Olie, Bear in the Big Blue House, PB&J Otter, and more old Playhouse Disney favorites. Disney+ could also add more of their missing Disney Channel content. This would include some missing Disney Channel Original Movies (DCOMs) and shows like Cory in the House. Fans have signed petitions for some of the missing content to come to Disney+. Yet, most petitions have gone unacknowledged by the company.

Related: VIDEO: Bring Back The Nostalgia With Disney’s Sing-Along-Songs and Mickey’s Fun Songs

Another possibility for competing with Paramount+ would be for Disney+ to include more adult content. Fans of Deadpool, Alien, and more hope that Disney+ will be adding more adult content soon, with parental controls of course. Disney is a family company, so they understandably want their young audiences to be safe from mature content. However, if Disney wants to appeal to all ages with nostalgic content, this includes shows and movies more suitable for mature audiences. If Disney took this approach, they could even reconsider some past content. One example of content the company passed on is the Lizzie McGuire reboot. Fans would be thrilled if they brought back this series to compete with Paramount+!

How do you think Disney+ will compete with Paramount+? Let us know in the comments!

Comments Off on Paramount+ Uses Nickelodeon Reboots to Compete With Disney