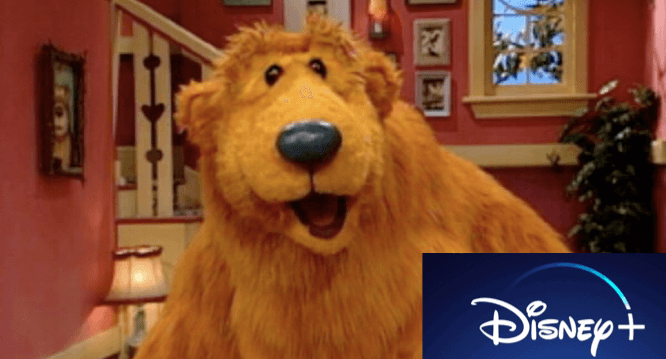 Fans of the popular Disney Channel show Bear in the Big Blue House are petitioning to bring this family favorite to the Disney+ streaming service.

Loyal fans of Bear in the Big Blue House have created a petition to bring the popular program to Disney’s very own streaming service, Disney+. The petition that is currently gaining signatures on Change.Org  states:

WE WERE REALLY HOPING DISNEY+ WOULD OPEN THE DISNEY VAULT AND BEAR WOULD COME OUT AND SNIFF US! BEAR IN THE BIG BLUE HOUSE ON DISNEY + WOULD MAKE US SO HAPPY!

My daughters watched Bear on Playhouse Disney and through all the shows I watched as a kid, and all that they watched, Bear is hands down our favorite. Bear appeals to kids of all ages. The music made us want to get up and dance and it still makes me happy to hear the songs today. When Bear was smelling the screen I felt like I could smell the pancakes or laundry soap. The stories are so well done and both entertain and teach kids, and in ways that adults enjoy too.

Disney, please release Bear in the Big Blue House on Disney+ so people who loved it can see it all again, and new people can fall in love with this magical and heartwarming show. Disney + Bear is something to love.

The petition has asked for 7,500 signatures and currently stands at 6,065 and counting!

What do you think of this petition? What Disney Channel favorites would you love to see on Disney+? Let us know in the comments!