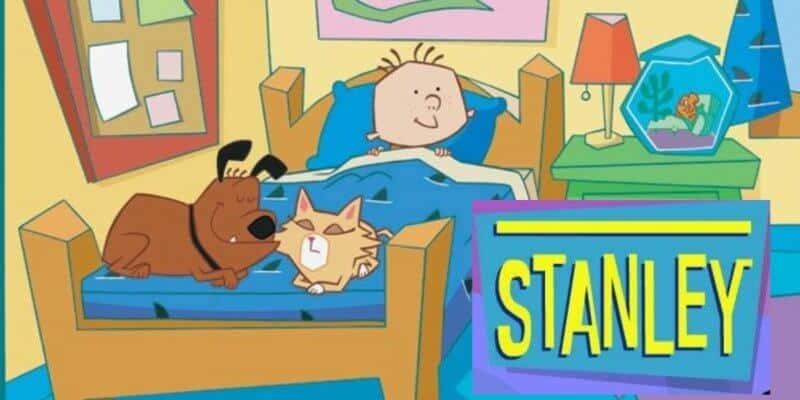 Once Disney+ debuted in 2019, subscribers were disappointed to see that some of these nostalgic shows were not included. In fact, several different petitions were made to urge Disney+ to add some of these Playhouse Disney shows to the service.

Just a few days ago it was confirmed that one of the more popular Playhouse Disney shows, Rolie Polie Olie, is making a return with brand new episodes — could this be the start of a Playhouse Disney revamp?

With all of the revivals we are getting thanks to Disney+, including The Proud Family, it is possible that we could see more Playhouse Disney reboots, maybe even with new episodes! One of my personal favorites that I would love to see come back is Stanley.

You may remember Stanley thanks to his famous Great Big Book of Everything — I apologize if you are now singing this song in your head — which taught kids fun facts about the world around us, including various different animals and species. The official description of the show, which aired on Playhouse Disney for two seasons from 2001-2004, reads:

Stanley and his best friend Dennis, a talking goldfish, love animals and adventure. Stanley explores the animal kingdom with Dennis and sometimes his dog, Harry, his cat, Elsie, and some neighborhood friends. They learn all about animals and their habitats in Stanley’s Great Big Book of Everything. The book also helps them solve problems at home and school. Each day Stanley uses his thinking skills, imagination and love of animals to encourage viewers to help him solve problems and find out more about the world around them.

This was one of my favorite Playhouse Disney shows as a child as it was not only entertaining but also educational. There are things I have learned from Stanley that I still remember to this day and it would be great if Disney started making brand new episodes of Stanley to teach the next generation these important lessons, too. Instead of just focusing on animals and species maybe we could see Stanley open up his Great Big Book of Everything and teach us about nature, weather, geography, and more.

Nostalgia is something we all can relate to and personally, I would love to see Disney+ bring some nostalgia to the platform with old and new episodes of Stanley.

What do you think? Should Disney make new episodes of Stanley? Let us know in the comments below.