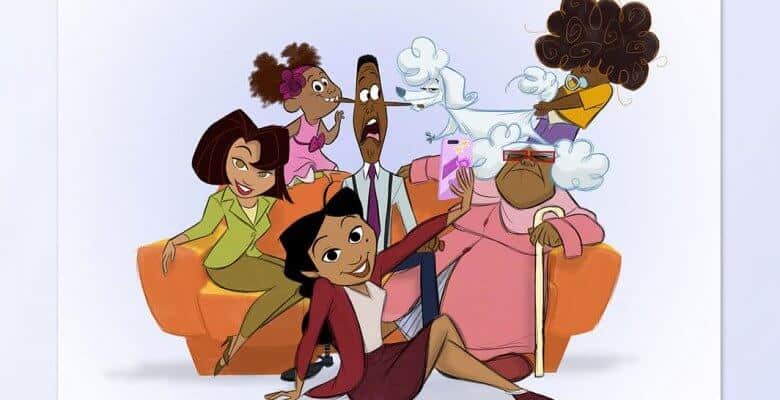 Tap into your classic Disney Channel nostalgia because The Proud Family revival is officially confirmed to be in production! The announcement comes from D23, providing details about what fans can expect from the new series. The revival is being released titled, The Proud Family: Louder and Prouder.

The new series is explained to be a continuation of the story following Penny Proud and her family. Fans will be excited to hear that the original cast will reprise their roles in this series as well.

Related: CONFIRMED: The Proud Family is Available NOW on Disney+

The original series of The Proud Family was considered groundbreaking by its very large fanbase. Gary Marsh, president and chief creative officer of Disney Channel, describes it as, “provid[ing] a brilliant social commentary on our life and times. With this new series, Bruce and Ralph will once again challenge everyone to think differently about the world we share.”

Despite the 18 year gap between when the original series debuted and now, The Proud Family is still praised by fans for it cultural diversity, characters, and clever writing.

While there is no official announced for when this new series will debut, we can assume that it will be available to stream on Disney+ sometime later this year. In the meantime, fans of the show can catch up or relive their nostalgia with the original series, which is available to stream now on Disney+.

And if you are not yet signed up for Disney+, you can subscribe here.

Related: The Proud Family Coming Out With NEW Episodes in 2020

Are you excited to revisit classic characters like Suga Mama and Penny? Are there any other class Disney channel series that you would like a reboot or continuation of? Let us know in the comments below!