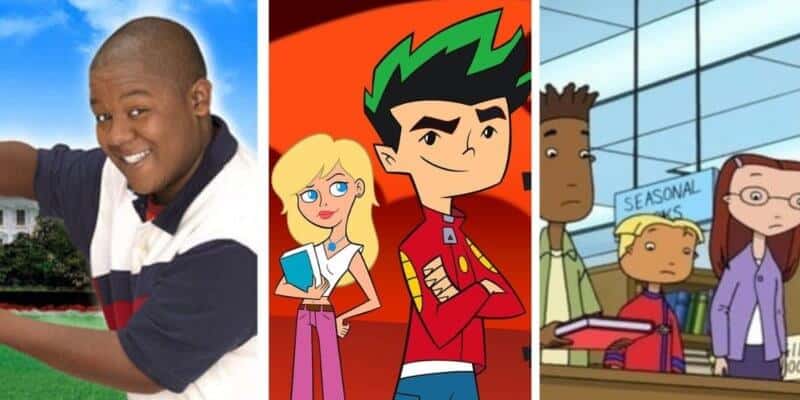 We are so excited because Disney+ has confirmed even more content will soon be added to their library.

Disney’s new streaming service has been a success thus far, and people have been blowing up social media with everything they have been binging. Gargoyles and Darkwing Duck were two of the biggest trending Disney Original Shows on Twitter.

Related: The Success of Disney+ Forces Shut Down of Disney Channel, Disney Junior, Disney XD Around The Globe

And now, we have even more news. Three more television series have been confirmed for Disney+.

Cory in the House

On Thursday, November 14, 2019 a petition began on Change.org asking The Walt Disney Company to add both seasons of Cory in the House to Disney+.

I guess Disney listened to the fans because they have confirmed on Twitter, that the Disney Channel Original tv series, Cory in the House, will soon be added to its library of content.

Disney's Cory in the House is scheduled to be coming soon. Please follow @disneyplus to stay updated. Have a magical day!

Cory in the House was a television series that aired on The Disney Channel from 2007 to 2008. It was a spin-off series from the Disney Channel show, That’s So Raven. The storyline followed Cory Baxter, Raven’s little brother who moves from San Francisco to Washington, D.C. with his father, Victor Baxter, who gets a new job in the White House as the official head chef.

Many of you may remember this animated tv series, which aired in the early 2000s. The Weekenders follower a group of four school friends who would go out on adventures on the weekend.

Jason Marsden, one of the stars from the series, tweeted to Disney+ Help to find out why The Weekenders was not included in the content of library.

No #Weekenders on @disneyplus?? pic.twitter.com/kjMkMkfuji

Luckily for all The Weekenders fans out there, they replied with some amazing news!

Amazing news!!! The Weekenders yr 1 and yr 2 (episodes 1-39) are scheduled to be added shortly. At the moment we don't have an exact date but please stay posted as we continue to expand.
As Fairy Godmother always says "Even miracles take a little time"

The Weekenders ran for 77 episodes over four seasons and aired from 2000-2004. Disney+ has confirmed that 39 episodes will be available, which means this is just two of the four seasons. Hopefully there will be another addition later on to include all four seasons.

As many of you may know, Disney+ has a huge library full of Disney Channel shows, but there are several that are missing.

But, get excited because Disney+ has confirmed on Twitter, that another Disney Channel show will be making its way into the library of content.

Disney’s American Dragon: Jake Long will be coming to Disney+ soon and will include all 21 episodes from the first season.

Amazing news!!! DISNEY'S AMERICAN DRAGON: JAKE LONG yr 1 episodes 1-21 is already on the list to be added. You should be seeing it soon. I'm so happy the content you are looking for will be available for you. Have a Magical Day

The animated series followed the story of a teenage boy, who was given the ability to turn into the American Dragon. Jake had to defend all of the mythical creatures that secretly resided in the human world.

Which one of these animated television series are you most excited to watch on Disney+ once available? Let us know in the comments.