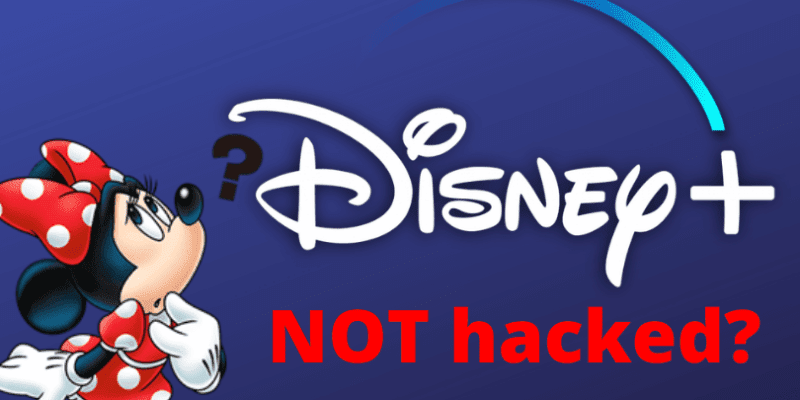 Reports of Disney’s new streaming service, Disney+, getting hacked have taken the internet by storm. Subscribers claim to have seen new user profiles pop up onto their accounts with names they’ve never heard of before, leading many to believe that Disney+ has been hacked and profiles are being sold on the dark web.

But now, The Walt Disney Company is responding to these claims, saying that there actually hasn’t been a security breach for Disney+ at all.

Kevin Mayer, head of The Walt Disney Company’s Direct to Consumer and International Division, recently shared about Disney+, its success, and future plans for the streaming service during the Recode conference this Tuesday. And after Mayer was done onstage, a Disney company spokesperson addressed the crowd to put to rest claims that the Disney+ platform itself was hacked:

“We have found no evidence of a security breach. Billions of usernames and passwords leaked from previous breaches at other companies, pre-dating the launch of Disney+, are being sold on the web. We continuously audit our security systems and when we find an attempted suspicious login we proactively lock the associated user account and direct the user to select a new password. We have seen a very small percentage of users in this situation and encourage any users who are having these kind of issues to reach out to our customer support so we can help them.”

Given Disney’s statement, it looks like Disney+ subscribers are running into similar issues that Netflix, Hulu, and Amazon users have encountered (and continue to encounter). Hackers often will send emails that claim subscribers’ accounts have been locked or saying their credit card needs to be updated in order to gain access to their account. Hackers also will used usernames and passwords that have been stolen from other sites and repeatedly try them on platforms like Disney+ to try to find a match that works.

It is possible that if you are experiencing these security and privacy issues that your account was sold online. But Disney is saying that this isn’t because Disney+ experienced a breach in security. If you are experiencing security problems, it may be because your account information was compromised in another way, not at the fault of Disney+. Privacy and security are no joking matter, especially when it comes to using subscription services that store your credit card information. So it’s highly important to responsibly manage your passwords and don’t engage with anyone who claims to be from Disney, Netflix, or any other company and asks for your account or payment information.

So juts like Disney says, if you think your account has been compromised, contact Disney+ customer support to resolve the issue as soon as possible. While Disney+ has not faced a breach in security, it is possible that some suspicious activity has occurred on Disney+ accounts that were compromised through other methods. So if you are having issues and you want to be sure to resolve them, reaching out to Disney+ directly is the best and safest way to do so.

Comments Off on Disney+ hack: “We’ve found no evidence of a security breach”