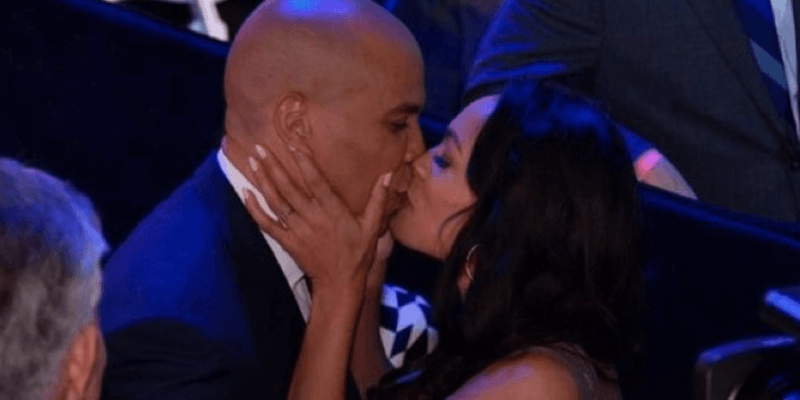 2020 was a shock to just about everyone. On New Year’s Day, full of hopes and dreams, nobody could have imagined that the COVID-19 pandemic lay ahead. As the world changed, so did Hollywood — films and television series were put on-hold, and production crews had to learn to shoot in entirely new ways.

Now, one Star Wars star has spoken out about life during COVID-19. On the heels of Ahsoka Tano Day, The Mandalorian’s Rosario Dawson sat down with The Today Show to share details about how the pandemic era hasn’t been all bad for her family.

She shared details about maintaining her relationship with the boyfriend Cory Booker, a United States Senator, amid COVID-19:

“Being able to be home has been a silver lining,” she said. “I’m in a long-distance relationship, and suddenly not being able to travel made that difficult.”

Dawson also shared that she recently moved her household from Los Angeles, California to New Jersey to live closer to her partner and her extended family in New York. She then discussed how the pandemic allowed her to get closer to her daughter, Lola, who was 11-years-old when Dawson adopted her in 2014:

“I’m grateful for her development, our maturation, and our connection,” Dawson, 41, told Health magazine. “To have a young person move in with you and to have to really consciously work through triggers and that kind of stuff is a really different thing than being pregnant and having your baby grow up in front of you.”

Although Dawson did not share specifics of her future in The Mandalorian franchise during her Today Show interview, we do know some details about what’s next for her character, Jedi Ahsoka Tano.

Tano became a fan-favorite in the animated series Star Wars: The Clone Wars and Star Wars Rebels before making her live-action debut in The Mandalorian Season 2, Episode 5 (“Chapter 13: The Jedi”).

Although Tano only appeared in one episode of the second season of Jon Favreau and Dave Filoni’s hit series, she played a major role. Anakin Skywalker’s former Padawan shared The Child’s backstory.

She informed both viewers and title bounty hunter Din Djarin (Pedro Pascal) that “Baby Yoda” was really an Order 66 survivor named Grogu who had somehow been spirited away from the Jedi Temple on Coruscant during the Great Jedi Purge.

Related: Rosario Dawson Calls Getting Cast as Ahsoka “the Force at Work”

Moving forward, Lucasfilm has confirmed that Dawson will be getting her own Mandalorian spinoff series, Ahsoka. The upcoming Star Wars universe show is expected to serve as a sequel to Star Wars Rebels, featuring Tano searching the galaxy for Grand Admiral Thrawn and fellow Jedi Ezra Bridger.

It seems that additional animated characters, including, perhaps, Sabine Wren, will be making their live-action debuts in the Mandalorian saga in the near future.

At this time, no release date has been announced.

What do you think about Rosario Dawson’s pandemic experience?