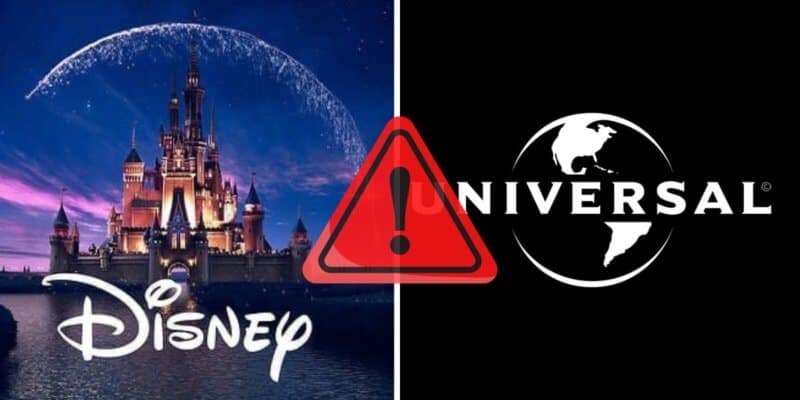 During the pandemic, one of society’s saving graces has been our access to streaming services like Disney+. For many who have had to endure, or are still in, lockdown having a good show or movie to keep them occupied has almost been a form of sanity for many. However, creating new content during the COVID-19 pandemic has not been as easy as hitting play.

Although filming for Walt Disney Studios and NBCUniversal takes place in many locations across the globe, Hollywood is, of course, the epicenter of the film and television industry with the majority of sound stages and facilities available for filming. Unfortunately, Hollywood is also currently a COVID-19 hotspot with one of the highest American coronavirus case surges yet.

Although California theme parks such as Disneyland Resort and Universal Hollywood have yet to open, both companies’ film divisions were able to resume production last year, with a variety of safety measures in place. Over the holidays, the entertainment industry typically goes dark and takes a unified break — usually starting back up the Monday after New Year’s Day. However, due to COVID-19, productions continued to stay shut down past January 4, 2021.

Previously, we reported that an appeal was made by the Los Angeles County Department of Public Health, asking the film and TV industry in California to consider stopping production for a few weeks due to the sudden increase in coronavirus cases. We know Walt Disney Studios pushed their start date for sixteen television series — ABC’s Grey’s Anatomy, Station 19, American Housewife, Black-ish, Mixed-ish, and Rebel, NBC’s This Is Us, Fox’s 911, 911: Lone Star, and Last Man Standing, FX’s American Crime Story: Impeachment, American Horror Story and Mayans; Disney+’s Big Shot, Hulu’s The Orville and Love, and Victor — back to January 18, 2021.

However, it seems that January 18 may not be far enough into the future. The Hollywood Reporter stated that there are insiders who think January 18 is not a realistic start date for Hollywood productions. It seems that there are, “concerns that the city might not yet be feeling the full effects of a post-holiday COVID surge, something that’s been widely expected.”

On the other end of the spectrum, FilmLA president Paul Audley stated, “The industry has been extraordinarily responsible throughout the time of the pandemic, as demonstrated by their recent actions during the rise in cases of COVID-19 and history of strict safety protocols.”

Currently, productions must adhere to COVID-19 guidelines on set which require actors and crew to be frequently tested and practice social distancing (aside from actors while actively filming).

Furthermore, craft tables are even individually packaging meals so that there is no need to touch or be around anyone else’s food.

The DGA (Directors Guild of America) even prepared for a situation such as this.

“We’ve long anticipated that there would be this post-holiday spike in community COVID-19 infections, which is why, prior to Thanksgiving, we negotiated an agreement providing employers with flexibility and economic incentive to increase testing and take additional time to get results before resuming production. The data so far has indicated that these protocols have been largely effective in catching infected individuals before they are contagious, and limiting the potential spread on set. Our goal has always been to minimize the risk of workplace exposure for our members and all workers on set.”

That being said, it has not been possible to keep COVID-19 off of every Hollywood set. In fact, several productions have had to close down worldwide due to positive COVID-19 tests for cast and crew members. The Disney+ series Big Shot, starring John Stamos, has closed down twice already for this reason — albeit, the first was a false positive.

Also, Doctor Strange in the Multiverse of Madness has just been shut down temporarily due to the United Kingdom’s national lockdown.

Elizabeth Olsen (Wanda Maximoff/ Scarlett Witch) confirmed that with hospitals at capacity, filming is currently too great a risk.

It has not been confirmed whether or not Disney or Universal will pause filming past January 18 and what this will mean for production schedules in terms of release dates. Stay tuned to Inside the Magic as we continue to report on any possible delays or closures of productions across the globe.

Do you think that there will be more productions for either Disney or Universal that will come to a halt due to COVID-19? Is there a production you hope is not affected by the pandemic?