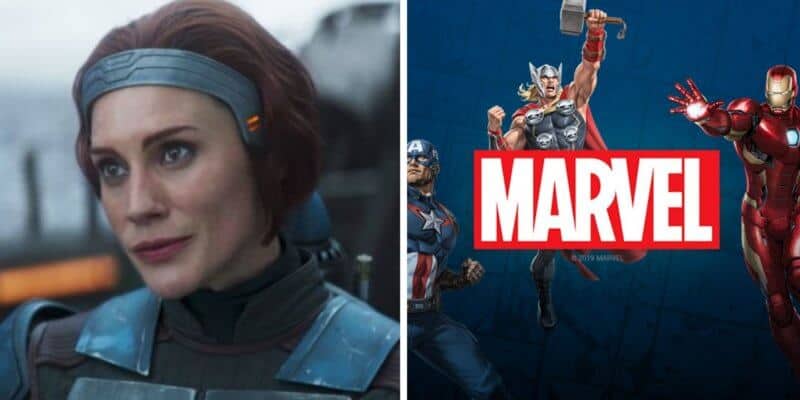 Disney’s acquisition of both Marvel Studios in 2009 and Lucasfilm in 2012 was a game-changer for the company, as they now own the rights to two major franchises with passionate fan bases.  Some actors even get the chance to represent a fictional character from both universes, leaving their mark in both franchises. Others, however, may try to no success.

Mandalorian and Night Owl leader Bo-Katan Kryze (Katee Sackhoff) has created quite an interesting narrative and character arc in Season 2 of The Mandalorian. Although Sackhoff’s reprisal of Bo-Katan in Season 3 of The Mandalorian has yet to be confirmed, her unfinished storyline and unsettled deal with Din Djarin (Pedro Pascal) regarding the Darksaber has led fans to believe that Bo-Katan may return. Sackhoff has definitely left an impression on Star Wars fans — and, apparently, almost had the opportunity to do so within the Marvel Cinematic Universe, as well.

The Battlestar Galactica actress undoubtedly auditions for numerous roles and may legitimately not remember who she auditioned for or she could be trying to cut down on press surrounding the rejection by not revealing additional details.

If we were to guess, Sackhoff definitely fits the bill of Ava Starr/Ghost, the superpowered antagonist, hacker, and inventor — although this is purely speculation. The role was ultimately played by Hannah John-Kamen in the film. Little did Sackhoff know that a couple of years later she would be putting on another battle suit — this time made of beskar — as opposed to one with invisible capabilities.

Ant-Man and the Wasp was directed by Peyton Reed, who also directed multiple episodes of The Mandalorian. Although Sackhoff made her Bo-Katan debut in Season 2, Episode 3, (“Chapter 11: The Heiress”) directed by Bryce Dallas Howard, Reed directed the actress in Episode 8 (“Chapter 16: The Rescue”).

Some examples of other actors who have dabbled in both the worlds of the MCU and Star Wars are:

The list is much longer than this, but from this small example, we can see that there have been many actors to play in both Marvel and Star Wars films. Although Katee Sackhoff may have not succeeded in her first attempt to enter the MCU, the Battlestar Galactica actor could very well appear in another movie within the franchise in the future.

For now, we look forward to seeing what possibly unravels with her journey in The Mandalorian regarding her mission to obtain the Darksaber and becoming the ruler of New Mandalore.

Do you think that Katee Sackhoff should play an MCU character? What do you think of her journey in The Mandalorian so far?