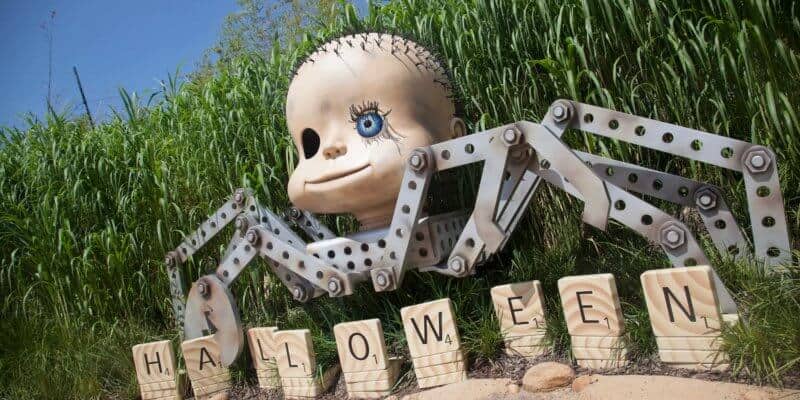 If you’re looking for a spooky good time this Halloween season, why not visit the Disney Parks?

Nobody throws a Halloween bash like the Disney Parks, and nowhere on earth will you have a better time dressing up, trick-or-treating, and experiencing all the eerie magic that makes Halloween, well, Halloween, than at a Disney Park. Here’s why you should visit the Disney Parks before the Halloween season is up.

Disneyland Resort in California has long been a Disney fans’ go-to spot for frightful fun during the spookiest season of the year, and the chills and thrills just keep getting better.

At Disneyland, Guests can see Mickey, Minnie, and the gang decked out in their Halloween best. Goofy, Donald, Daisy, and other beloved characters really get into the spirit of the season with festive costumes, hats, and masks.

And every Disney fan knows that the best place to “taste” the Halloween season is at Disneyland. In fact, this year the resort is featuring 14 different treacherously tasty treats and snacks, like this Minnie Mouse-themed mint chip milkshake. Find your new favorite Halloween treat all across the Disneyland Resort.

The Haunted Mansion stands quietly at New Orleans Square, but it’s an eerie quiet, not a calming quiet. The iconic attraction itself is enough to give you nightmares, but during the scariest season of the year, the Haunted Mansion transforms into an even more sinister experience: Haunted Mansion Holiday.

And new this year to Disneyland Resort is the Oogie Boogie Bash, which takes place on 20 select nights during the season. Tickets for the event run between $110 and $145, depending on which date you choose. It’s currently sold out, but if you didn’t get tickets this year, that’s all the more reason to come next year!

If you’re looking for a Halloween celebration closer to the East Coast, Walt Disney World has you covered, but don’t worry; it’s not too scary. In fact, Mickey’s Not-So-Scary Halloween Party is the most fun you can have in Florida during this haunted season!

Be honest–who doesn’t love to go trick-or-treating? It’s even more fun when you get to do it at the Most Magical Place on Earth with Cast Members! During Mickey’s Not-So-Scary Halloween Party, Guests can do exactly that! The ban on costumes is lifted, and Guests can dress up–within reason–as anything they want to be. There’s even a magical nighttime spectacular presented during Mickey’s party!

And if trick-or-treating and the Not-So-Scary Spectacular aren’t enough, there’s even a special Halloween-themed parade in the Magic Kingdom during Mickey’s party, called the Boo to You parade.

The spooky fun isn’t reserved for just the U. S. Disney Parks. Hong Kong Disneyland gets in the spirit of the season too, as Mickey, Minnie and friends don their costumes. Mickey’s friends Duffy the Bear, Shellie Mae, and Winnie the Pooh dress up too!

Even the toys get into the spooky side of things at Toy Story Land at Hong Kong Disneyland.

It looks like the Guests at Tokyo Disney Resort are having the most fun of anyone there! The resort goes all out, and so do the Guests!

Halloween isn’t nearly as big of a celebrated holiday in China as it is in the United States. But Shanghai Disneyland still puts on its spooky best for Guests who are visiting.

Disneyland Paris celebrates the spookiest season of the year with Disney’s Halloween Festival, held from September 28 through November 3. At night, the park hosts Disney’s Illuminations Show, which casts eerie images of villains onto Sleeping Beauty Castle. There are parades and all kinds of haunted magic! 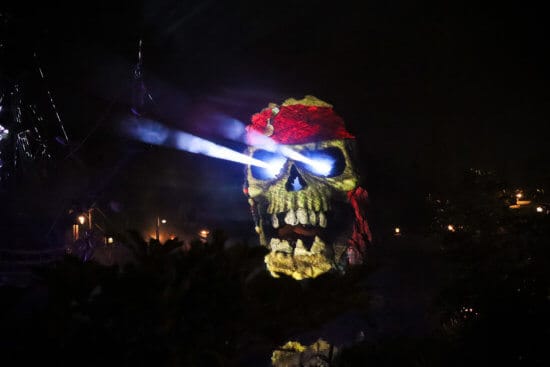 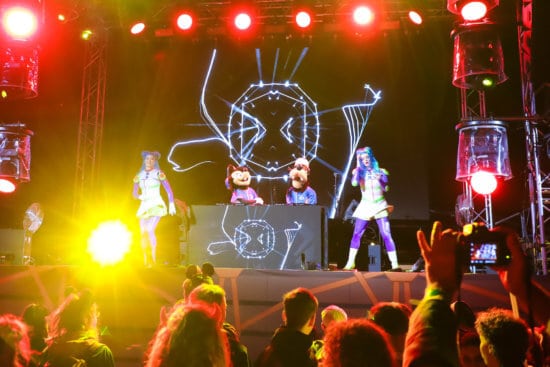 Want to take the fear out of planning your trip to a Disney Park? Reach out to the Authorized Disney Vacation Planners at Academy Travel for a free, no-obligation Disney vacation quote.

Are you heading to a Disney Theme Park for Halloween? Let us know about your plans in the comments section below!

Comments Off on Halloween at Disney Parks: More treats than tricks