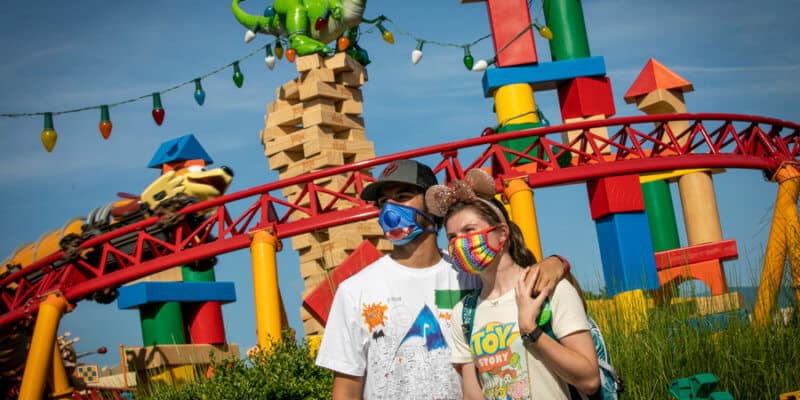 Would you visit a theme park this summer? Did you have a trip booked that you decided to cancel or postpone? Or are you planning to visit the parks with all of the face mask requirements, social distancing, and other safety protocol?

We know that deciding to go to a theme park during the pandemic is a very personal decision, and not something that we take lightly. We also know that there are a lot of mixed opinions on whether people want to or should visit theme parks this summer.

OC Register published a report on a new poll by Morning Consult, a company that has been monitoring Americans’ feelings about amusement parks since late April, over a month after Walt Disney World Resort, Disneyland Resort, Universal Studios Hollywood, and Universal Orlando Resort announced their temporary closures.

Recently, Morning Consult surveyed 2,200 Americans from July 29 through August 2. Their latest poll states that “72% of American adults would not feel safe climbing aboard a roller coaster or screaming on a thrill ride right now at a U.S. theme park,” according to OC Register.

Here’s an interesting breakdown of the results, thanks to OC Register:

Who is comfortable heading to Disney World, Universal Studios, SeaWorld and Six Flags right now? They tend to be young, male and Republican, according to the survey.

More than 80% of baby boomers said they would feel uncomfortable at a theme park right now compared to 60% of millennials. A less pronounced divide exists between men (69%) and women (76%).

Republicans (27%) are more than twice as likely as Democrats (12%) to say they feel safe going to an amusement park right now, according to the survey. It’s a pattern that’s held steady since April.

Even Disney CEO Bob Chapek acknowledges that Walt Disney World Resort, for example, is seeing lower attendance than expected, but that can largely be due to the pandemic’s surge in Florida.

Bob Chapek stated Disney World find “higher than expected level of cancellations once somebody does make a reservation, because as the disease ebbs and flows they might necessarily cancel,” we reported earlier this week.

But even though it may not be expected based on these survey results, Chapek did state that 50% of the Guests visiting Walt Disney World Resort right now are people traveling from a distance.

Related: Why You Can Feel Safe During Your Next Disney Resort Vacation

So, what’s the takeaway here? As we mentioned before, heading to a theme park during this pandemic is a highly personal decision and one that can vary from person to person. Depending on your personal preferences, medical history, comfort level, and other personal factors, you may decide to opt out of theme park visits this year, or you may feel completely comfortable visiting the Most Magical Place on Earth as soon as possible. 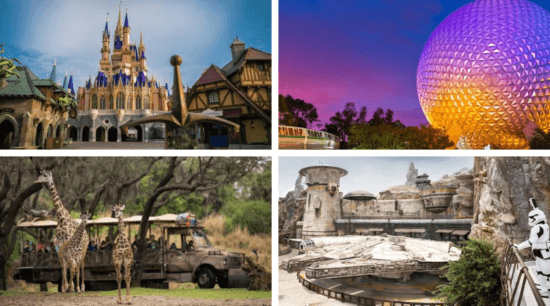 What’s your opinion? Are you comfortable visiting theme parks this year? Or are you opting out? Let us know in the comments.