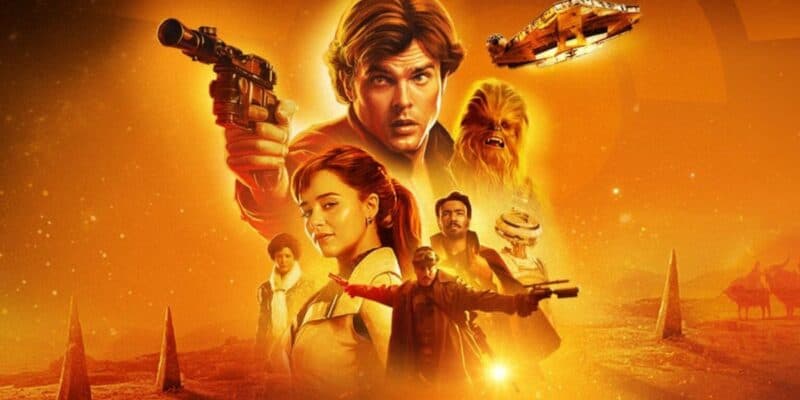 Over the past week, two Star Wars actors have talked about their hopes to return to the faraway galaxy. Alden Ehrenreich, who plays Han Solo in the spin-off film Solo: A Star Wars Story (2018), said that he would like to be able to one day return, while Daisy Ridley, best known for playing Rey Skywalker in the sequel trilogy, also expressed her desire to reprise her role.

Now, yet another Star Wars actor has followed suit. In an interview with IndieWire at Sundance Film Festival, Emilia Clarke, who plays Qi’ra alongside Ehrenreich in Solo, said that she’s open to returning, but that she currently has commitments with another major Disney franchise.

Here’s what she said on the possibility of returning to Star Wars:

“That would be lovely, that would be very nice. I’m genuinely having a wicked time on Marvel, though, they’re absolutely brilliant.”

Clarke is of course referring to the upcoming Marvel Cinematic Universe series Secret Invasion (2023), which is set to premiere on Disney+ later this year and will be Clarke’s MCU debut. Star Wars fans will undoubtedly be disappointed with this news, though, as Qi’ra has quickly become a fan-favorite character.

Previously, Solo co-writer Jon Kasdan and producer Jon Favreau pledged to bring Qi’ra back into the fold, while she was recently reintroduced into Star Wars canon in animated form, in the “War of the Bounty Hunters” and “Crimson Reign” comic book crossover series.

Emilia Clarke has has also talked about her own ideas for where they could take Qi’ra, saying in an interview last year that the character has “unfinished business”.

A live-action follow-up to Solo, however, is unlikely, as it pulled in only $393.2 million worldwide against a budget of $275 — $300 million, and disappointed many fans and critics (although, now that we’ve all shaken off the Star Wars fatigue, it’s a lot better than we first gave it credit for).

But with that said, last year, Kasdan told The Hollywood Reporter that he’d love to see Solo get a sequel in the form of “short-novella” film similar to Marvel’s Disney+ special Werewolf by Night (2022).

Here are Kasdan’s full comments regarding a Solo sequel:

“I don’t honestly know. I’m always afraid to ask Kathy [Kathleen Kennedy] because she can see right through me. Despite all my resistance, she instantly sees right through me, and she can see my desire to tell more stories there. But in recent months, I have been intrigued by the wonderful Werewolf by Night as a potential form of storytelling on Disney+. So I would love to see Lucasfilm embrace a short-form novella version for telling some of their stories. That certainly seems like a place where future stories about those characters could live.”

It remains to be seen whether or not Disney and Lucasfilm intend to give Solo a continuation of some kind, although Lucasfilm President Kathleen Kennedy previously referred to the spin-off movie as a “mistake”.

As per the official Star Wars website, here’s the synopsis for Solo: A Star Wars Story:

Would you like to see Emilia Clarke return to Star Wars? Let us know in the comments down below!