"I'd Take Literally Anything", Marvel Star Wants to Jump Ship to 'Star Wars' Following MCU Disaster - Inside the Magic 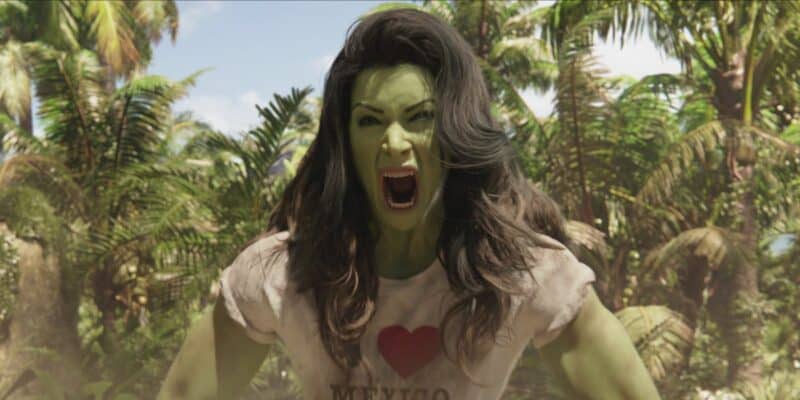 Marvel’s Phase Four has left a lot to be desired, while the Disney+ series She-Hulk: Attorney at Law (2022) is easily the worst the Marvel Cinematic Universe has had to offer so far — and that’s saying something next to box office flop The Eternals (2021).

From Jennifer Walters/She-Hulk (Tatiana Maslany) insulting the beloved Bruce Banner/Hulk (Mark Ruffalo) to twerking with American rapper Megan Thee Stallion, and really terrible special effects to members of the cast and crew alienating viewers in ways that echo the disastrous 2016 Ghostbusters reboot, She-Hulk was generally not well received by fans.

And then the finale left viewers watching through their fingers when She-Hulk bafflingly “climbed” out of the screen so that she could “enter” a Marvel documentary on the Disney+ menu, in the most cringe-worthy attempt at fourth-wall humor and meta storytelling.

So it’s really no surprise that She-Hulk actress Jameela Jamil, who plays super-villain Titania, now wants to join a galaxy far, far away.

Jamil, 36, is no stranger to big franchises, having so far appeared in the MCU, DC (Harley Quinn and DC League of Super-Pets), and Star Trek: Prodigy (2021). But in a recent interview with SFX Magazine via CBR, the actress threw her hat in the ring to play a Star Wars villain.

Here’s what she said:

“I’ve done DC, I’ve done the MCU, I’ve now joined Star Trek, so it feels only natural that I should at least be allowed to do catering at Star Wars. I’ve been referring to it as my nerd EGOT [Emmy, Grammy, Oscar, and Tony] — that would be the ultimate dream come true and fulfill every 12-year-old fantasy I had. I’d take literally anything, but I think a villain.”

Jamil went on to say that she’s “into playing the villains.” Whether or not she’ll go on to fulfill her fantasy, though, remains to be seen, but there’s always room for new villains in Star Wars, especially with so many new Disney+ projects on the horizon, both animated and live action.

In She-Hulk: Attorney at Law, however, Jamil hardly plays the most complex character like many Star Wars villains. Her on-screen persona, Titania, is an inexplicably-superpowered social media influencer who has about as much substance as you might expect.

As per Disney+, here’s the official synopsis for She-Hulk: Attorney at Law:

In Marvel Studios’ “She-Hulk: Attorney at Law”, Jennifer Walters — an attorney specializing in superhuman-oriented legal cases — must navigate the complicated life of a single, 30-something who also happens to be a green 6-foot-7-inch superpowered hulk.

She-Hulk: Attorney at Law is currently streaming on Disney+.

Would you like to see Jameela Jamil appear in Star Wars? Let us know in the comments down below!