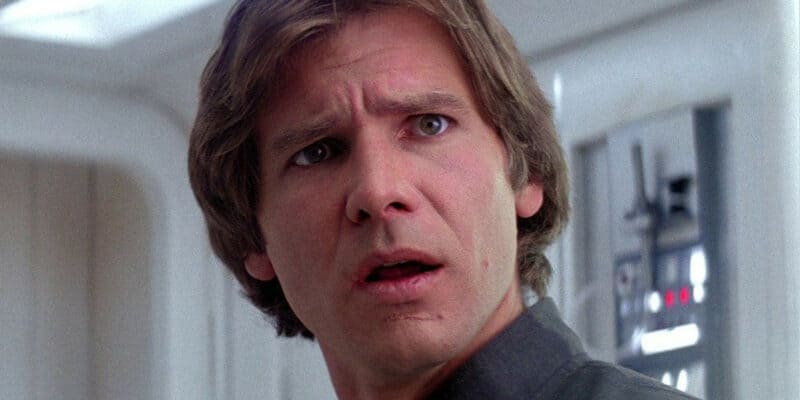 Some actors get the chance to give fresh life to an iconic character, but it’s not as easy for Star Wars to do without angering the entire fanbase.

Solo promised a fun and light-hearted story, but fans only focused on one part of the movie. Alden Ehrenreich was starring Han Solo, not Harrison Ford. It’s a recast that many fans didn’t like. Sure, Harrison Ford wasn’t a young man anymore, but after Rogue One (2016), fans believed Lucasfilm could’ve de-aged Ford and solved the whole issue, but they brought in a new actor to star as the young Han Solo in the Star Wars saga.

No one had a problem with Donald Glover’s Lando Calrissian, but Ehrenreich struggled to be Han Solo for fans. It was a struggle that let the movie bomb at the box office. Kathleen Kennedy wrote off the movie as a Star Wars disaster and a lesson for future projects to learn from.

Unfortunately, years later, fans have grown to love the movie after distancing themselves from the Sequel Trilogy and have even petitioned for a sequel. Kennedy shared that Lucasfilm had no intentions of reliving the past “mistake” and had no plans for Solo 2.

Ehrenreich, on the other hand, decided that he would share in an interview that he loved his time as Han Solo but felt like his time playing the scoundrel was cut too short:

“The story that I did, I really got to be Han Solo at the end. That’s kind of the arc of the story, which I thought was well done. That’s the fun part. That’s the guy that’s the most fun to be. I’d be very happy to, but who knows.”

It’s true that Han Solo only became the character fans love and know at the end of the movie, leaving little room for fans to embrace the iconic Han Solo from Ehrenreich’s perspective. Unlike Ford, the young actor enjoys playing the character but probably won’t get another shot due to Lucasfilm’s failure to understand what fans want.

Ehrenreich’s Han Solo would allow fans to see newer stories and basically reboot more of the character’s life story away from Legends. Canon has barely touched Solo’s life in the comics and books, leaving lots of room for future movies to change that.

Another story that has been left untold is Maul’s time with Crimson Dawn with Emilia Clarke’s Qi’Ra. These stories could be interlinked and eventually told with Donald Glover’s Lando Calrissian series, but it’s hard to tell what Lucasfilm has planned. There are a lot of different stories that could be told, and all of them would be perfectly acceptable. Fans hope to see a younger Han Solo in more Star Wars stories, but de-aging actors (like Mark Hamill’s Luke Skywalker) might be the only acceptable method going forward.

Do you think Solo 2 should happen? Let us know what you think!