Popular Actor Not Returning For ‘Ahsoka’ Series - Inside the Magic 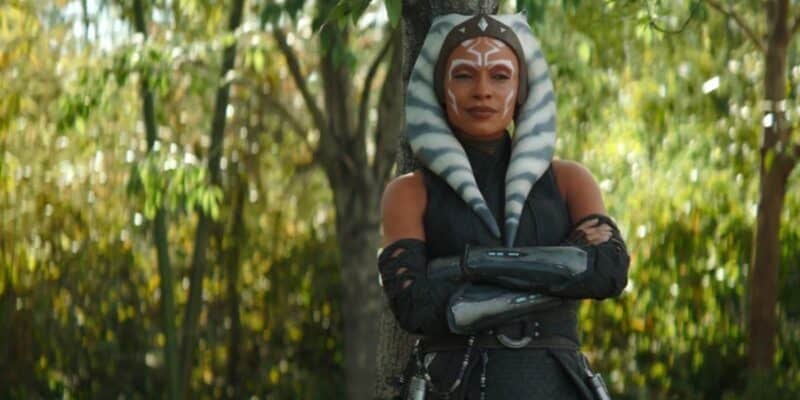 Who could audiences see in that role in Ahsoka?

When Star Wars: Episode VII – The Force Awakens (2015) came out in theaters, a few things were made clear to Star Wars fans about the franchise’s future. One big thing was that Disney’s Lucasfilm would not be following in the footsteps of the original Star Wars Expanded Universe. There would be no Jacen, Jaina, or Anakin Solo, no Mara Jade for Luke Skywalker (Mark Hamill), and likely no other substantial plot points, but, as the old adage goes, never say never!

As Disney’s vision for Star Wars progressed, more and more little things from the Expanded Universe began making appearances and influencing the new world of Star Wars canon. Ben Solo (Adam Driver) turned to the dark side like Jacen, Emperor Palpatine (Ian McDiarmid) returned in a very similar way to “Star Wars: Dark Empire,” and one cherished Expanded Universe character even made his way back into canon.

Grand Admiral Thrawn (Lars Mikkelsen), from the Expanded Universe book series “Star Wars: Heir to the Empire” and its subsequent sequels, made his animated and canon appearance in Dave Filoni’s Star Wars: Rebels. As exciting as his appearing in canon once again was, fighting against Ezra Bridger (Taylor Gray) and friends, fans were stunned when Ahsoka (Rosario Dawson) dropped the Grand Admiral’s name during a fight in the second season of The Mandalorian.

When fans learned that there would be an entire Ahsoka series set in the same general time frame, they were even more excited at the prospect of seeing Thrawn (Mikkelsen) in live-action. Of course, as is common whenever a character makes the jump to live-action, casting rumors began flying, but none so popular as bringing back Mikkelsen to reprise his role.

After all, he’s got the right look, he’s got the voice, and they already did it before with Bo-Katan Kryze (Katee Sackhoff), didn’t they? Unfortunately, Mikkelsen himself has seemingly quashed those rumors in a recent interview with Express. As reported by The Direct, Mikkelsen was asked if he had heard of the campaigns for his return to the character or if he’d return to the role in the future. His response was straightforward:

While it seems that Mikkelsen won’t be stepping in for Thrawn as part of the Ahsoka series, it seems he is open to reprising the role for future projects! With his response, fans will have to begin speculating again as to who else could fill the role opposite Rosario Dawson as the former member of the Jedi Order pursues her quarry across space.

Though details are scarce, Ahsoka is slated to be released sometime this year on Disney+ and stars Rosario Dawson as Ahsoka Tano, Natasha Liu Bordizzo as Sabine Wren, Hayden Christensen as Anakin Skywalker/Darth Vader, and Eman Esfandi as Ezra Bridger, with Ray Stevenson, Ivanna Sakhno, and Mary Elizabeth Winstead in undisclosed roles.

Who do you think should play Grand Admiral Thrawn in Ahsoka? Let us know in the comments below!