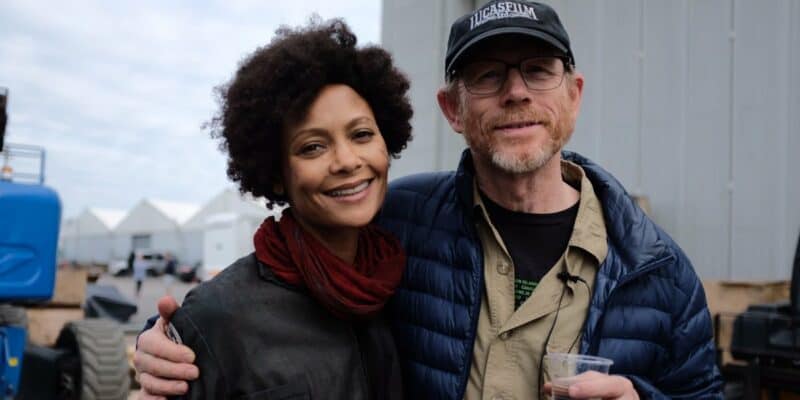 Westworld star Thandiwe Newton — formerly credited as Thandie Newton — portrayed Val in Solo. The actress was a major part of the film, alongside Alden Ehrenreich as Han Solo, Joonas Suotamo as Chewbacca, and Woody Harrelson as her lover, Tobias Beckett, right up until her character died.

Now, for the first time, Newton has spoken to Inverse about her disappointment with her Star Wars character’s story arc. The Pursuit of Happyness alum said:

“I felt disappointed by Star Wars that my character was killed. And, actually, in the script, she wasn’t killed. It happened during filming. And it was much more just to do with the time we had to do the scenes. It’s much easier just to have me die than it is to have me fall into a vacuum of space so I can come back sometime.”

Newton then explained that Val was supposed to have simply vanished during the explosion on the train, with no clear explanation of whether or not she met her demise — this would have opened the door for Newton to come back to the Star Wars franchise.

“So I could have come back at some point. But when we came to filming, as far as I was concerned and was aware, when it came to filming that scene, it was too huge a set-piece to create, so they just had me blow up and I’m done. But I remembered at the time thinking, ‘This is a big, big mistake’ — not because of me, not because I wanted to come back. You don’t kill off the first Black woman to ever have a real role in a Star Wars movie.”

Newton’s complaints are not dissimilar from Black actor John Boyega’s — he believed his sequel trilogy character, ex-stormtrooper Finn, was sidelined in the trio of films, Episode VII – The Force Awakens (2015), Episode VIII – The Last Jedi (2017), and Episode IX: The Rise of Skywalker (2019).

Related: ‘Solo’ Fan-Favorite Could Be Back in ‘Star Wars’ Live-Action Soon

Boyega — who is now rumored to be staging a return to the Star Wars story — even had an “honest conversation” with Lucasfilm President Kathleen Kennedy to air his grievances.

Since the Star Wars franchise is quickly expanding, it certainly seems that there is room for actors and actresses to return if they truly want to, and Newton’s frustration at her character’s death is understandable. At this time, though, Solo director Ron Howard has indicated that plans for a sequel are not in the works, so any character comebacks would have to be in other projects.

The official description of Solo: A Star Wars Story reads:

Do you think Val’s death in Solo was unfair?