Marvel Reportedly Scraps THREE Series In 2023 - Inside the Magic 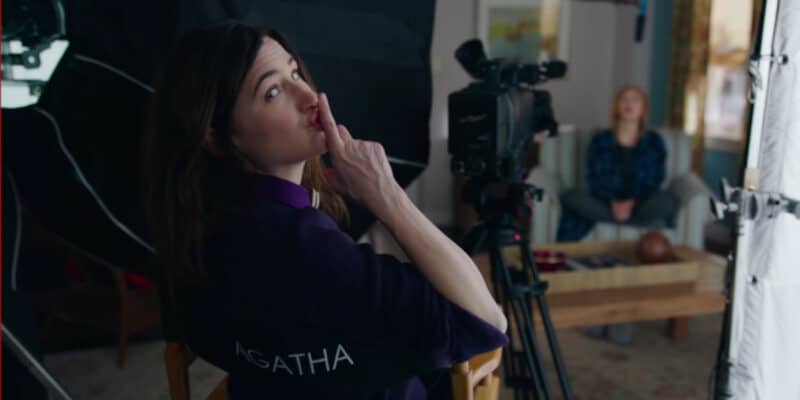 The Marvel Cinematic Universe is about to enter its fifth Phase and with it comes a slew of new projects across the big and small screen. However, while fans are readying themselves for movies like Ant-Man and Wasp: Quantumania (2023) and Guardians of the Galaxy Vol. 3 (2023), those hoping to catch the action on Disney+ may still be wondering what is even coming to the streamer — and by the looks, it’s not a lot.

Kevin Feige’s Marvel Cinematic Universe has been going strong for over a decade. What began with Jon Favreau’s Iron Man (2008) is now a sprawling multi-media franchise with movies stretching into 2026 when the sixth Avengers movie, Avengers: Secret Wars (2026) debuts a year after Avengers: The Kang Dynasty (2025).

Marvel Phase Four was perhaps the studio’s most divisive, with lukewarm receptions to multiple projects as well as the contention over the direction of the Phase’s climax, Black Panther: Wakanda Forever (2022). What was vastly different from Phase Four to its predecessors was the inclusion of television shows on Disney+.

WandaVision started the TV output for Marvel and was quickly followed by The Falcon and the Winter Soldier, Loki, What If…?, Hawkeye, Moon Knight, Ms. Marvel, and She-Hulk: Attorney at Law. When looking at 2023 and Phase Five in general, there is yet to be a confirmed date for any slated TV project.

According to previous announcements, fans know that What If…? Season 2, Secret Invasion, Loki Season 2, Echo, Agatha: Coven of Chaos, and Daredevil: Born Again will debut inside Phase Five, but that is not to say all of the aforementioned will come in 2023. In fact, those previously reported to launch this year are no longer on the schedule, according to reports.

Already one season deep, What If…? Season 1 provided more context for the MCU’s growing Multiverse and became more important than anyone first thought. Despite being stated as releasing in early 2023 with the start of a new nine-episode season, reports are now claiming that the sophomore outing of the animated series has been pushed to 2024.

It is already speculated that Marvel’s Echo, which features deaf Native American actress Alaqua Cox as the titular character, will now arrive in 2024 but new reports seemingly confirm the delay. There have been conversations around whether a Maya Lopez-centric story is even necessary following her debut and arc in Hawkeye alongside Jeremy Renner (Clint Barton/Hawkeye), Hailee Steinfeld (Kate Bishop), and Vincent D’Onofrio (Wilson Fisk), and the potential move of the series closer to Daredevil: Born Again, maybe a way to bolster Echo to required viewing — Charlie Cox’s Matt Murdock AKA Daredevil is set to appear in Echo, so the two seemingly go hand-in-hand.

Then, as filming begins this month for the WandaVision sequel, Agatha: Coven of Chaos, in Atlanta, Georgia, many have expected that the Kathryn Hahn-led series — also nine episodes — will launch during spooky season later this year despite the quick turnaround. However, fans of Agatha Harkness may have to wait, not even a little, but a long time for Hahn’s witch to return as reports claim Coven of Chaos will not be landing on screens until 2025.

So with What If…? Season 2, Echo, and Agatha: Coven of Chaos all reportedly being scrapped in 2023, that leaves Ironheart, Secret Invasion, and Loki Season 2. Ironheart will continue the story of Riri Williams (Dominique Thorne) after her Ironheart debut in Black Panther: Wakanda Forever; Secret Invasion sees the return of Samuel L. Jackson and Ben Mendelsohn as Nick Fury and Skrull Talos, respectively; and Loki finds Tom Hiddleston’s anti-hero Loki dealing with the fallout of Sylvie’s (Sophia Di Martino) slaying of He Who Remains, a Kang the Conqueror Variant played by Jonathan Majors.

No dates yet as to when the 2023 shows will release.

What do you think of Marvel potentially scrapping these series? Let us know in the comments down below!