Everything We Know So Far About 'Agatha: Coven of Chaos' - Inside the Magic 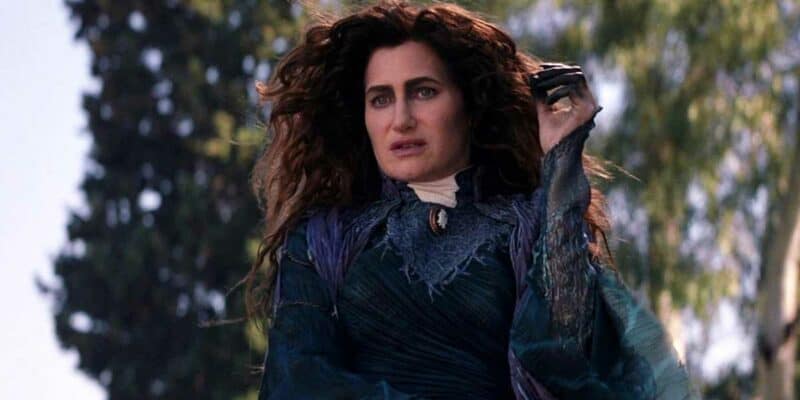 It WAS Agatha All Along, and soon the witch will be back to headline her own show — Agatha: Coven of Chaos.

Here is everything we know about the upcoming WandaVision spinoff and upcoming entry into the Marvel Cinematic Universe’s small-screen catalog.

What MCU movies are releasing in 2023?

In 2023, Kevin Feige‘s Marvel Cinematic Universe will enter its fifth Phase. Phase Five begins in February with the arrival of director Peyton Reed’s third Ant-Man movie, Ant-Man and the Wasp: Quantumania (2023). Following Ant-Man 3 will be Guardians of the Galaxy Vol. 3 (2023) from James Gunn — the last in the series for this specific group of Guardians — and The Marvels (2023).

Nia DaCosta’s sequel to Anna Boden and Ryan Fleck’s Captain Marvel (2019) brings together Brie Larson’s Carol Danvers, Teyonah Parris as Monica Rambeau, and Iman Vellani as Kamala Khan, together they make up the Marvels — Captain Marvel, Photon or Spectrum (at least in the Marvel Comics Universe), and Ms. Marvel.

What MCU TV Shows are releasing in 2023?

WandaVision began Phase Four and also launched Marvel on Disney+. Now with a plethora of other shows like The Falcon and the Winter Soldier, Loki, Moon Knight, and She-Hulk: Attorney at Law, Marvel is quickly becoming one of the dominating forces in small-screen entertainment.

In 2023, Disney+ is looking to release — although there has been some confusion over what is actually releasing — What If…? Season 2, Secret Invasion, Loki Season 2, Ironheart, Echo, and Agatha: Coven of Chaos. Daredevil: Born Again, the last Phase Five television series, is slated for an early 2024 debut.

When is Agatha: Coven of Chaos releasing?

Agatha: Coven of Chaos currently has no release date but fans should expect the series in late 2023. This lines up with the 2023 spooky season if The Walt Disney Company and Marvel Studios were looking at a Halloween time launch date for the witchy series.

Who is in the cast of Agatha: Coven of Chaos?

The sequel to WandaVision of course brings back Kathryn Hahn as the titular character, Agatha Harkness. Hahn’s Agatha, formerly Agnes, was last seen being defeated by Wanda Maximoff (Elizabeth Olsen) in the WandaVision season finale after it was revealed Westview’s problems had been stirred up by “Agatha All Along”. When Wanda becomes the Scarlet Witch, fully embracing the chaos magic that Agatha so desperately wants, she traps the witch in her human Agnes form and leaves her unable to use her powers.

Is Agatha: Coven of Chaos a sequel to WandaVision?

Yes, Agatha: Coven of Chaos is set to detail the events following those in WandaVision, although there is an expectation that the show could divulge more information about Agatha’s past, and maybe tease her future in the MCU.

Who is directing Agatha: Coven of Chaos?

Previously titled Agatha: House of Harkness, Coven of Chaos is created by WandaVision‘s Jac Schaeffer, who will also be directing episodes alongside Gandja Monteiro.

How many episodes will there be in Agatha: Coven of Chaos?

Like WandaVision, Agatha: Coven of Chaos will have nine episodes. The jury is still out on whether the series will follow the sitcom-style genre that WandaVision used. Filming for the Agatha Harkness show is currently underway in Atlanta with a wrap expected sometime in May 2023.

Is there a trailer for Agatha: Coven of Chaos?

No, there isn’t a trailer yet for Agatha: Coven of Chaos!

This year is a packed one for Marvel Studios, and after the slightly messy and just a little bit troubled Marvel Phase Four, fans will be expecting a more cohesive Phase Five and beyond as the franchise heads towards its fifth and sixth Avengers movies, Avengers: The Kang Dynasty (2025) and Avengers: Secret Wars (2026).

Are you looking forward to Agatha: Coven of Chaos? Let us know in the comments down below!

Comments Off on Everything We Know So Far About ‘Agatha: Coven of Chaos’