Marvel Scraps Forgotten MCU Series In 2023 - Inside the Magic 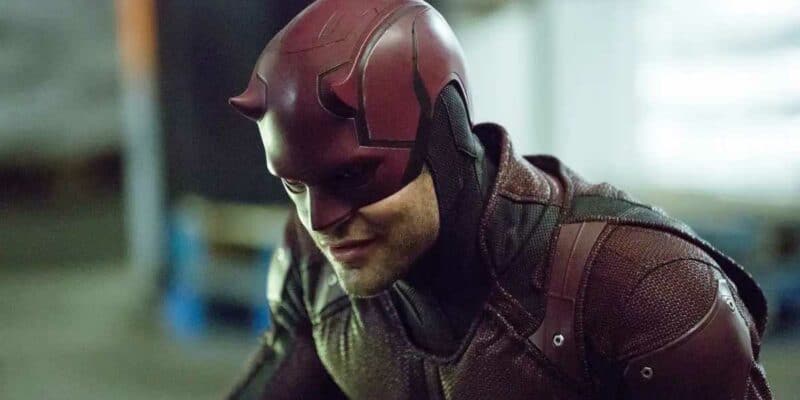 There is no other cinematic franchise as powerful as the Marvel Cinematic Universe. Since 2021, Kevin Feige’s Marvel Studios has transcended the big screen, bringing MCU stories directly into audience’s homes.

This last summer, in Hall H at San Diego Comic-Con, the Marvel boss revealed a huge slate of upcoming projects for both theatrical and Disney+ releases, joining those already announced to make up Phase Five and Phase Six of the MCU. However, one series has reportedly been scrapped for a 2023 debut.

It was WandaVision that launched Marvel Studios’ small-screen endeavors. Debuting as the Phase Four opener, the nine-episode series was followed by The Falcon and the Winter Soldier, Loki, What If…?, Hawkeye, Moon Knight, Ms. Marvel, and most recently, She-Hulk: Attorney at Law.

Shows like the second seasons of What If…? and Loki, as well as new entries like Secret Invasion, Ironheart, and Agatha: Coven of Chaos will make up Marvel Phase Five after Peyton Reed’s Ant-Man and the Wasp: Quantumania (2023) launches the quinquennial sequence of the live-action Marvel Universe based on Marvel Comics.

The remaining two television series making up Phase Five are, arguably, the least and most-anticipated of the selection — Echo and Daredevil: Born Again. While the latter is already breaking Disney+ records with a massive 18-episode order for the streaming service, the former is often overshadowed by its Phase Five counterparts, with some fans claiming Marvel’s decision to greenlight and air Echo is to check a diversity box.

However, while it looked like Echo would debut in the summer of 2023, recent comments from series creator Marion Dayre revealed the Hawkeye spinoff had been shifted to late next year instead. Now, it seems that an early 2024 release is likely. According to Murphy’s Multiverse, Echo will reportedly release sometime in January or February 2024 so that the series has a tighter connection to its “sequel”, Daredevil: Born Again.

We’ve heard “early 2024” and Dayre’s comments that the show would be out “about a year from December 2022” are close enough to that for a hypothetical calendar Assuming the series keeps what’s currently a very deep connection to the events of Daredevil: Born Again, moving it to 2024 would allow the two series to stream fairly close together.

The significant delays come after Cosmic Circus reported that insiders had shared that Echo was in trouble behind-the-scenes, although in what way is unknown.

With an already packed 2023, this Echo delay might bode well for the larger overarching story of the Multiverse Saga and leave more breathing room for those shows and movies coming next year. It could, however, be a sign that Marvel is worried about Echo‘s viewership, and by tying it closer to Daredevil: Born Again, a show already garnering immense hype, the studio might draw in extra viewers in anticipation for The Man Without Fear’s official solo debut.

Cox first appeared in the MCU in Spider-Man: No Way Home (2021) as Peter Parker’s (Tom Holland) lawyer; the third film also saw the arrival of Andrew Garfield and Tobey Maguire as their respective Spider-Men.

Echo is slated for an early 2024 release and alongside Alaqua Cox as the former Tracksuit Mafia commander, Maya Lopez, will star Zahn McClarnon as William Lopez, and Charlie Cox and Vincent D’Onofrio as Matt Murdock/Daredevil and Wilson Fisk/Kingpin, respectively. Chaske Spencer, Tantoo Cardinal, Devery Jacobs, Cody Lightning, and Graham Greene are all set to appear, but as of yet remain in undisclosed roles.

Will you be tuning in to Echo on Disney+ when it airs in 2024? Let us know in the comments down below!

Comments Off on Marvel Scraps Forgotten MCU Series In 2023