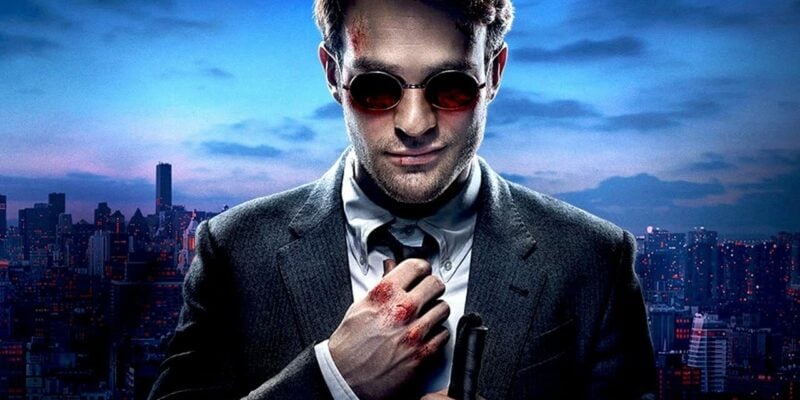 Related: “Lighter Side” of Daredevil Planned For Disney+ Debut, Fans Worried For Change

The Devil of Hell’s Kitchen is making the move into the main Marvel Cinematic Universe (MCU) proper — with a few changes.

First, fans were treated to Matt Murdock/Daredevil’s (Charlie Cox) theatrical debut in Spider-Man: No Way Home (2o22), helping out one Peter Parker/Spider-Man (Tom Holland) with legal troubles. Most recently, however, blind lawyer-slash-vigilante Matt Murdock/Daredevil will enjoy a more substantial appearance in an upcoming episode of She-Hulk: Attorney at Law (2022) — absolutely one of the most highly anticipated crossovers for Marvel fans who love the original Netflix Daredevil show.

It was at the San Diego Comic-Con (SDCC) 2022 that Marvel Studios Head Kevin Feige announced himself that the Matt Murdock/Daredevil character would be returning to the MCU, as he had plans to have Tom Holland’s Spider-Man and Charlie Cox’s Daredevil helm the “street-level” heroes team.

With the upcoming Daredevil: Born Again, slated to arrive on Disney+ at some point in the future, Marvel Studios and Daredevil fans will also be able to spot Daredevil and/or Matt Murdock and his arch-nemesis, the terrifyingly powerful crime lord Kingpin/Wilson Fisk (Vincent D’Onofrio) in Echo, a spin-off of sorts of Disney+’s Hawkeye (2021).

Now, fans are clearly protective over the cult-favorite Daredevil series, which stands as the first real example of the Marvel Cinematic Universe daring to venture into more mature themes. Prominent to the Netflix Marvel series were the themes of Catholic guilt, brutality, murder, crime lords, and gang violence.

This blind lawyer-by-day and brutal-vigilante-crime-fighter by night is the protector of the Marvel Cinematic Universe’s (MCU) New York City. Matt Murdock, the bar-certified defense attorney in the New York law firm of Nelson and Murdock (likely now Nelson, Murdock and Page) serves justice by day and cleans the streets on his own terms at night.

Unfortunately, it seems as if a lot of what we know of Matt Murdock and the Daredevil may prove to be moot — if Kevin Feige and Co. take things as far as they technically could.

In an interview with Extras, the MCU’s very own Daredevil, Charlie Cox, opened up about the new Born Again project, and the character of Daredevil’s place in the Marvel Cinematic Universe:

You know, it’s really emotional. It’s, um… to be given this second life, when you’ve already developed such a love for the character and the people.

And now we’re embarking on this whole new journey and it’s the beginning again, you know, I feel… So grateful and excited, and I’m nervous all over again, you know what I mean, so it’s just a, a wild journey, it’s like this gift that keeps on giving, you know?

When asked on how much he knows about the new Born Again project, and if he’s seen a script yet, Cox had this to say:

Yeah I don’t know anything. I haven’t seen a script, and it’s like the best feeling ever, cause I currently have no secrets. And I’ve had so many secrets for so many years. So there’s, I can’t — I literally can’t give anything away.

Most interestingly however, was when Cox continued — confirming what some hardcore Daredevil fans might have feared:

This message from Feige through the mouth of Charlie Cox himself definitely sets a precedent for the kind of changes that can take place — anything essentially is on the table, as well as on the chopping block.

Beloved actors for classic Daredevil characters Karen Page (Deborah Ann Woll), and best friend Foggy Nelson (Elden Henson) have yet to be confirmed, causing much speculation as to whether Marvel Studios will do a recast — or even scrap their characters completely.

The only thing that’s for certain is the absolute powerhouse performance that will inevitably come from Vincent D’Onofrio’s intimidating Wilson Fisk AKA the Kingpin, who is another steady fan favorite.

For now, concerned (or celebrating) Marvel and Daredevil fans will just have to wait patiently for more news.

What do you think of Daredevil: Born Again being a “Season One”? Share your thoughts in the comments below!

Tune into She-Hulk: Attorney at Law (2022) every Thursday on Disney+ to not miss the upcoming Daredevil cameo episode!