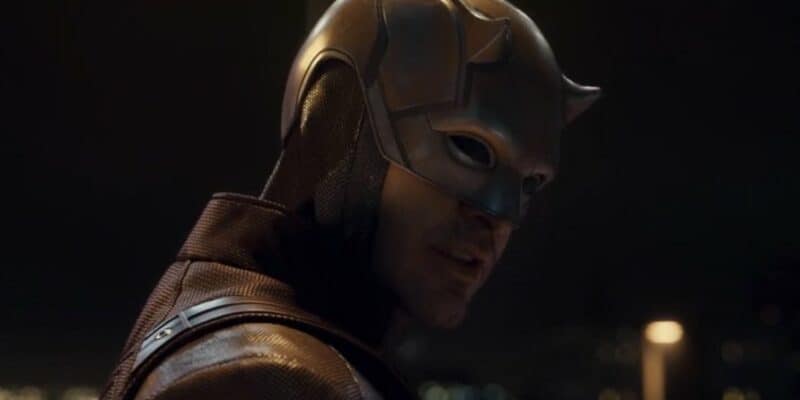 It’s official, and then some!

The newest She-Hulk: Attorney at Law (2022) trailer has just been released — and it’s openly teasing one of the most exciting crossovers for many Marvel fans — Charlie Cox’s Daredevil/Matt Murdock.

This blind lawyer-by-day and brutal-vigilante-crime-fighter by night is the protector and Devil of Hell’s Kitchen in the Marvel Cinematic Universe’s (MCU) version of New York City — and he’s back properly for more in the MCU after an almost 4-year hiatus. Matt Murdock, the bar-certified defense attorney in the New York law firm of Nelson and Murdock (likely now Nelson, Murdock and Page) has already shown up in the main MCU universe, helping out Peter Parker/Spider-Man (Tom Holland) in Spider-Man: No Way Home (2022).

Although he only had a few lines in a short scene, Marvel fans went crazy for the reveal that Daredevil was alive and kicking in the Marvel Cinematic Universe, after Daredevil (2015) left Netflix Marvel unceremoniously.

Now, the latest She-Hulk trailer has revealed the juiciest tease for Daredevil yet, and all but confirms his role as a significant one in the coming episodes.

Excitingly, the new She-Hulk trailer shows not just a tiny tease of Daredevil in his new red-and-yellow suit, but actually includes an entire scene of never-before-seen footage featuring Matt Murdock speaking to Jennifer Walters on her newfound powers and abilities.

In the scene, Matt Murdock acts as a mentor of sorts, having had (this is undoubtedly the role he will take now in the coming episodes), as the jaded, wizened and likely overly serious mentor figure playing opposite Jen Walter’s fourth-wall breaking humor and over-the-top shenanigans (Megan Thee Stallion twerk scene, anyone?).

Only one series has this much action 😉 #SheHulk

Only one series has this much action 😉 #SheHulk pic.twitter.com/z43HcATZjP

In the trailer, Daredevil AKA Matt Murdock says to Jen:

I think you’re in a unique position to do some real good.

Jen Walters can use the law to help people when society fails.

She-Hulk can help people when the law fails.

What does this mean about Matt Murdock’s place in the MCU, though?

It all but confirms that Daredevil will play the role of someone with experience on the streets.

This all falls in like with Kevin Feige’s tease at 2022’s San Diego Comic Con (SDCC), where he mentioned Spider-Man and Daredevil were set to lead Marvel’s “street-level” team of heroes. If this trailer tells us anything, it’s that with new superhero blood on the streets of Earth, and clearly more supervillains on the rise, Matt Murdock is uniquely positioned to be the most experienced of the bunch.

And he’d make a fantastic “straight-man” for all the crazy stuff amid the “young” heroes — especially if more fourth-wall breaking is inbound with Deadpool coming to the MCU.

If Charlie Cox’s Matt Murdock is truly going to play the role of stoic-yet-deadly “experienced” Daredevil, Marvel fans are in for some fun moments and hopefully brilliant action in the coming cameos in Echo and the like, as well as building him up to likely face his arch-nemesis Wilson Fisk / the Kingpin (Vincent D’Onofrio) come already-confirmed and massively anticipated Daredevil: Born Again.

Are you excited for more Daredevil in the MCU and in She-Hulk: Attorney at Law? What do you think of how Matt Murdock has been portrayed so far? Share your thoughts in the comments below!