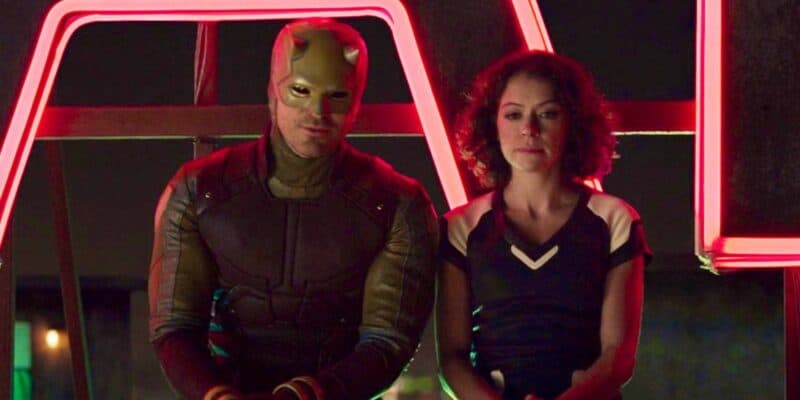 Charlie Cox might be back as the Man Without Fear, but his new MCU series might leave the Netflix Marvel series in the dust.

Fans knew that Marvel was going in the right direction once Cox’s Matt Murdock stepped onto the big screen in Spider-Man: No Way Home (2021) to help Tom Holland’s Peter Parker with his identity problem. Then fans saw the iconic character return as Daredevil in She-Hulk: Attorney At Law with a brand new suit.

While Daredevil’s return was fun, fans are eagerly awaiting the grittier side of Matt Murdock to shine. Thankfully, the actor has many potential cameos/supporting roles as he will be Alaqua Cox’s Echo, his own series, and potentially Spider-Man 4.

All of these projects connect Daredevil more with the MCU and show a different light on the character, but that doesn’t mean that fans will only have to see new things from Daredevil. Cox has shared in an interview with Entertainment Tonight that his new series will have the opportunity to revisit iconic moments all over again, just like the comics, and provide a new spin on what fans have already seen:

“So, it’s a whole new deal. Um, and in a way, what’s great about that is that we potentially get to tell some of the stories over and over again. In the same way that they do in the comics you know every now and again they stop back at the beginning of Murdock’s journey as a little boy and they tell the whole origin story again. So maybe we’ll get to do that. I don’t know.”

If Marvel does commit to doing this, then Born Again would act more as a hard reboot for the character as Murdock would get to explore his past in the series all over again despite several fans knowing his origins from the Netflix series.

This situation is starting to become very similar to Star Wars canon with how Legends work. Nothing is necessary canon within Legends, but some bits are reintroduced into the canon later on. MCU’s Daredevil might do the same thing as the super hero will now have a more interconnected life in the MCU with many more heroes than just Jessica Jones or Luke Cage.

Do you think Born Again will be a hard reboot from the Netflix Marvel Daredevil? Let us know what you think!