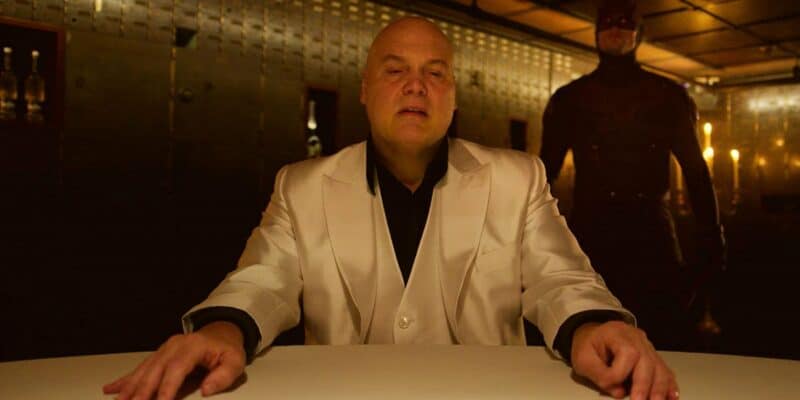 In Hawkeye and Spider-Man: No Way Home (2021), both characters entered the MCU. Surprisingly enough, both actor debuted in the same week, but they didn’t meet each other despite being sworn enemies in the Netflix Marvel series. Since then, fans have known that both will appear in Echo and then Daredevil: Born Again.

There’s a lot to look forward to as Echo promises to start a story that will be continued by Born Again. Since Marvel is well-known for its humor, fans were worried that Daredevil wouldn’t be the same and that Fisk wouldn’t be so ruthless. Hawkeye and She-Hulk: Attorney at Law didn’t help with those concerns, but it seems that Marvel will give fans what they want.

Born Again will be 18 episodes long, making it the longest Disney+ series on the platform, with a lot of space to tell the right stories. Rumors have claimed that the series will take advantage of the extra set of episodes to bring a lot of Netflix Marvel characters into the MCU as Cox’s Daredevil begin a new chapter in his life.

Some reports indicate that Jon Bernthal’s Punisher will appear in the series and set him up for his own Marvel project. With Disney+’s parental settings, a Punisher series might be the best move forward in order to create more mature content that fans want.

D’Onofrio made a surprising appearance at Salt Lake FanX 2022 in Utah, this past weekend where he shared some fun details about the show. He began by hyping up the show after telling fans that he hopes to one day fight Spider-Man, but that Born Again will be one of those shows that fans will be waiting for the next episode to drop:

“I will say, though… See, you guys have no idea what you’re in store for with [Daredevil:] Born Again. I know a little bit more than you guys. And all I can say is, during that next series, you’re not going to be thinking about anything but the next episode. I promise.”

After talking about how much he wanted to fight all 3 of the Spider-Men, D’Onofrio continued by sharing how he can’t wait for fans to see how both him and Cox pushed to “dig deeper” into their characters:

“I can only say… I’m trying to have to stick to the rules, so I will only say that Charlie and I are going to be given the chance to dig deeper than ever before with our characters.”

This will be a great series for fans of Daredevil and Kingpin, but it won’t releasing anytime soon. Daredevil: Born Again is set to film for almost a full year starting in early 2023. The story could change, but hopefully it will be for the better!

What are your thoughts on Daredevil: Born Again now? Let us know what you think!