Confirmed: 'Guardians of the Galaxy' Star Recast Ahead of Third Movie - Inside the Magic 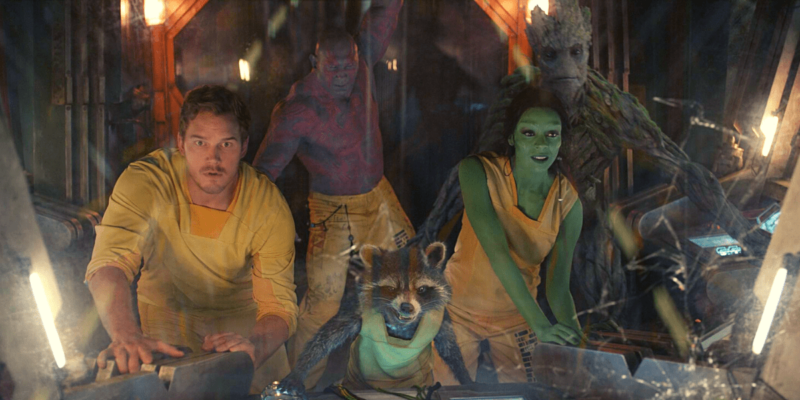 Soon Marvel Studios will once again bring back multiple heroes on Disney+, and a recent announcement has confirmed that one star of the Guardians of the Galaxy franchise will be replaced with a new actor.

But, this hasn’t been the only team of Guardians in Kevin Feige’s Marvel Cinematic Universe. No, last year the studio debuted the Guardians of the Multiverse in AC Bradley’s What If…?.

The animated television series debuted on Disney+ last summer and truly bought into the notion of the Multiverse, shortly after the idea rose to prominence in Michael Waldron’s Loki. What If…?, based on the Marvel Comics arc of the same name, explored the various realities and Variants of the MCU’s most prolific heroes and villains. It also featured the first-ever MCU appearance of one iconic Marvel character, leaving fans at arms with each other.

And with a show so large in scope, and featuring many characters from the MCU’s decade-long history, there must be a large cast to bring it to life. What If…? packs many A-list talent into its episodes, with most reprising their roles from the live-action Marvel Universe. But, last year revealed that Marvel was not afraid to recast and replace various actors in What If…?. The reason was never quite clear — scheduling conflicts were floated as were contractual constraints (hello, Tom Holland), and then there was the case of Dave Bautista who claims he was never asked.

The last episode of What If…?‘s first season saw Jeffrey Wright’s The Watcher bring together the Guardians of the Multiverse consisting of heroes like Captain Carter (Hayley Atwell), Doctor Strange Supreme (Benedict Cumberbatch), Thor (Chris Hemsworth), and a Thanos-killing Gamora played not by Zoe Saldaña but by actress Cynthia McWilliams.

Now, Marvel has confirmed that McWilliams will continue the role of Gamora in What If…? season 2, just five months ahead of the release of Guardians of the Galaxy Vol. 3. The film will also see the MCU debut of Will Poulter as Adam Warlock.

There has been no comment on why Saldaña did not voice Gamora in this outing for the MCU even though the actress was working on Guardians of the Galaxy Vol. 3 and therefore under contract at the studio. Of course, it could be scheduling conflicts — as well as working in the MCU, Saldaña is also a headling star of James Cameron’s Avatar film series, the latest being the $1 billion hit, Avatar: The Way of Water (2023).

The second season of What If…? is expected to debut sometime next year, although a recent (now deleted) update from Marvel Studios has caused confusion as to what projects will release in 2023. So far, Loki Season 2, Secret Invasion starring Samuel L. Jackson as Nick Fury, and Ironheart with Dominique Thorne’s Riri Williams, are confirmed with projects like Agatha: Coven of Chaos, What If…?, and Echo potentially shifting to 2024 to join Daredevil: Born Again.

If fans can’t wait until May, they can catch up with the group in their latest outing, The Guardians of the Galaxy Holiday Special (2022). Joining the main cast in this next installment is Maria Bakalova (Cosmo the Spacedog), Sylvester Stallone (Staka Ogord), Chukwudi Iwuji (High Evolutionary), Elizabeth Debicki (Ayesha), and Daniela Melchior in an undisclosed role.

Did you expect Gamora to be played by someone other than Zoe Saldaña? Let us know in the comments down below!