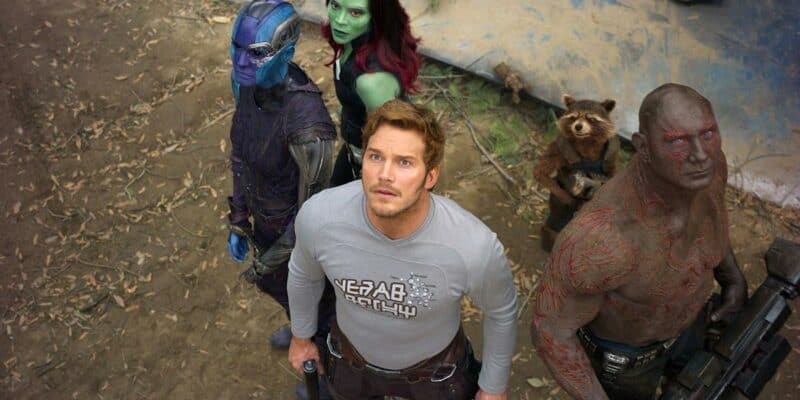 The Marvel Cinematic Universe wouldn’t be the same without Guardians of the Galaxy (2023), but the superhero is calling it quits next year. There is, however, one member of the franchise that isn’t done yet.

Guardians of the Galaxy Vol. 3 (2023) will undoubtedly be director James Gunn’s most ambitious Marvel project to date, pushing the realities of the Marvel collection and redefining the MCU with Adam Warlock (Will Poulter).

Virtually every Marvel fan has long-awaited Adam Warlock’s entrance into the MCU. The character plays a vital role amongst the Guardians in Marvel comics, and James Gunn has indicated how important the new villain will play out in his Guardians trilogy.

With Adam Warlock making his live-action debut in Guardians of the Galaxy Holiday Special, actor Will Poulter (Maze Runner, Midsommar) has a bright future with this character, something that he wants “to sort of go on a journey with“:

Will Poulter has addressed his potential future as #AdamWarlock after #GuardiansOfTheGalaxyVol3:

Will Poulter has addressed his potential future as #AdamWarlock after #GuardiansOfTheGalaxyVol3:

"I honestly don’t know what’s in store for me… I’d love to sort of go on a journey with that character…" Full quotes: https://t.co/OjjWuhl5Yh pic.twitter.com/cWeWV0aHAp

“I don’t know. I honestly don’t know what’s in store for me. I’m waiting to find out, and that’s the honest truth, but, needless to say, I’d love to sort of go on a journey with that character.”

When being asked by The Playlist about his audition process, Will Poulter shares:

“I first auditioned in June of last year [2021], and that was the first time I auditioned, and then I kind of got the role in September, I think. And then started shooting in December…I didn’t know what character, initially, I was auditioning for. I kind of knew sort of closer to the time [of casting] who I was reading for. Although I wasn’t familiar with Adam Warlock beforehand, I was very familiar with ‘Guardians of the Galaxy,’ and it was kind of my favorite ‘planet’ within the Marvel universe, if you like. I’m just a huge fan of the tone and the creativity and James Gunn’s work and so many of the actors, you know, that I now get to call colleagues, which I’m very grateful for. So yeah, to have any kind of part in that world is very, very cool for me.”

Will Poulter’s Adam Warlock has a vast and significant influence over the Marvel Universe, interacting with the likes of Thor and more:

Warlock was created by the group of researchers who called themselves the “Enclave.” The goal of the researchers was to create the perfect human being, the pinnacle of future human evolution. Fortunately for the denizens of Earth, the new being was a creature beyond the control of his creators. The creature whom they had created, then known only as “Him,” emerged—and immediately sensed, upon his emergence, that his creators sought to use him for evil ends. He lashed out, damaging the complex and injuring his “fathers,” and promptly escaped

Unfortunately for “Him,” he was a being with no life experience due to his unique conception. He promptly encountered Thor, and attempted the abduction of the Lady Sif in order to mate with her. (This act would be repeated in a more benign, but no less infuriating, fashion by his gene-sister “Her,” now known as Kismet.) Thor naturally took offense to this kidnapping, and promptly beat the young Godling near to death. “Him” promptly retreated to the safety of a regenerative cocoon and thus was later reborn.

Warlock’s reach over the Guardians results in a close connection with Gamora as they partner with Thanos in the comics to defeat Magnus, while later encountering Pip the Troll (seen in Eternals) to destroy Thanos with the Soul Gem.

Marvel Studios is, of course, adapting Adam Warlock’s origin story to fit congruently with Guardians of the Galaxy Vol. 2 (2017) and more, making way for a new course for the MCU to take with Vol. 3. Given that the “Infinity Gauntlet” comic series was heavily altered to exclude Adam Warlock and the Silver Surfer, it’s clear that Marvel is setting up something even more significant for the newcomer (Secret Wars?).

Warlock’s Marvel run is extensive and provides countless possibilities for Will Poulter to take his new character on a long run.

Which Guardians member is your favorite superhero? Comment below!

Comments Off on ‘Guardians of the Galaxy’ Actor Isn’t Done, Pushes Marvel for a New “Journey”