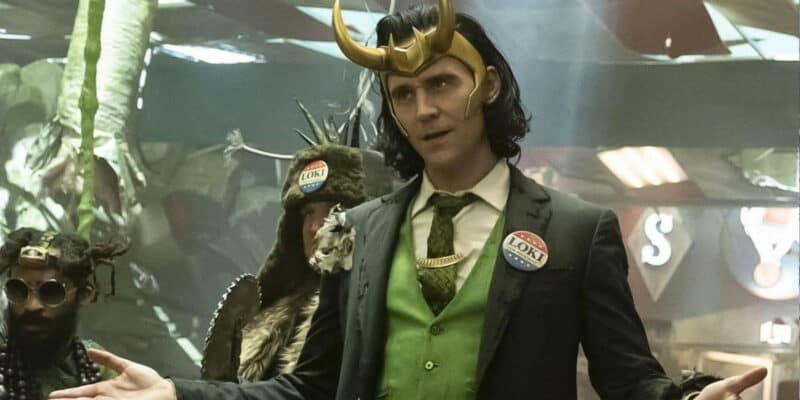 Loki (Tom Hiddleston), the god of mischief is back.

After years of being a thorn in the side of both Thor (Chris Hemsworth), and the Avengers as a whole, and several ups and downs in character development, fans grew to love the villain known as Loki (Tom Hiddleston). The god of mischief, first appearing in Thor (2011), brought chaos, and a much needed element of surprise to the Marvel Cinematic Universe, even serving as the chief protagonist for The Avengers (2012). Loki (Hiddleston) would continue to make appearances in films from Marvel Studios until, ultimately, the character was killed in Avengers: Infinity War (2018), by the Mad Titan, Thanos (Josh Brolin).

Audiences thought this would be the end of the character, but were surprised when, following Avengers: Endgame (2019), Marvel Studios announced a series named Loki (2021) would be made, starring Tom Hiddleston, returning to his breakout role. The first season of Loki (2021) picked up right where the Avengers: Endgame (2019) Loki (Hiddleston) left off. Having just picked up, and used the Tesseract to transport himself away from his captors, the Avengers. Unbeknownst to him, however, a group of timeline enforcers were hot on his trail: The TVA, or Time Variance Authority, charged with protecting the sacred timeline arrive to set things right, and arrest Loki (Hiddleston) for his crimes against said timeline.

What follows is a mind bending romp through different possible timelines with Loki (Hiddleston), along with the TVA agent, Mobius (Owen Wilson), as they search for another Loki variant named Sylvie (Sophia Di Martino), who has been causing signature Loki mischief across the timeline. Escaping from the TVA, and another agent thereof, Ravonna Renslayer (Gugu Mbatha-Raw), Loki (Hiddleston) and Sylvie (Di Martino) find themselves face to face with the Marvel Cinematic Universe’s next big villain: Kang the Conqueror (Jonathan Majors). Sylvie (Di Martino) summarily dispatches this variant, and opens the door for Marvel’s Multiverse Saga.

As crazy as Season 1 of Loki (2021) was, it sounds like things are going to get even more so in the next season! Gugu Mbatha-Raw, the actress who played Renslayer in Season 1 will be returning, and, in an interview with ET, said fans have a lot to look forward to:

“(fans) are gonna be in for a real treat because the show is bolder and more surreal. And in many ways, goes to some bigger, bolder places than season 1, which is really exciting.”

Even more surreal will be a challenge with all the twists and turns of Season 1, but audiences are here for it! With a release date for sometime in the Summer of 2023, it will be interesting to see what developments have occurred since last we saw these characters, and how the next release from Marvel Studios, Ant-Man and the Wasp: Quantumania (2023) will affect things. After all, Kang (Majors) looks to be the major antagonist of that film, and his statue appears in the very end of Loki (2021).

Loki (2023) Season 2 will be streaming on Disney+ summer of 2023, and stars Tom Hiddleston as Loki, Sophia Di Martino as Sylvie, Gug Mbatha-Raw as Ravonna Renslayer, Owen Wilson as Mobius, and Ke Huy Quan as a TVA archivist.