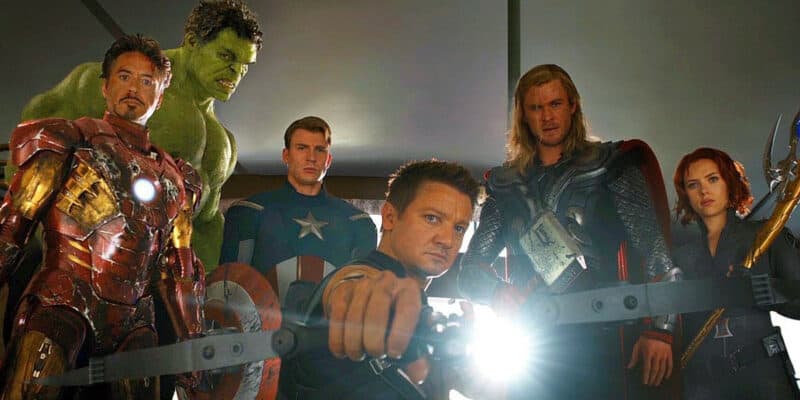 Jeremy Renner has no shortage of support during this crisis.

The world was shocked this week when Avengers (2012) star Jeremy Renner was in a terrible accident. As more and more news came in, it wasn’t looking any better: Renner had been in a terrible accident with a snowplow suffering severe injuries and only being kept alive because of the quick actions of a neighbor with medical training.

Renner has been a part of the Marvel Cinematic Universe from very early on. His first appearance in Thor (2011) built the foundation for a fan-favorite character. Though his role was small in Thor and more of a plot device than anything in Avengers (2012), Renner’s Clint Barton/Hawkeye gained some real depth as the franchise progressed.

Many fans were won over by Hawkeye (Renner) following Avengers: Age of Ultron (2015), which showed how, as opposed to the other Avengers, he had a family and home life. This also heightened the stakes for the character, giving him not only a motivation to fight but more to lose if something were to happen to him.

Since then, Clint Barton (Renner) has been a father figure to many characters within the Marvel Cinematic Universe, including his children, Wanda Maximoff (Elizabeth Olsen) and most recently, Kate Bishop (Hailee Steinfeld) in the Hawkeye series on Disney+. Little did fans know that Jeremy Renner was a hero in real life as well!

The injuries Renner sustained were as a result of trying to help a stranded driver near his home, and after millions of Marvel movie fans fretting over his progress, the star posted from his hospital bed, looking beat up but alive. The star thanked his followers for their support and sent his love. Since then, his costars and Team Members have been sending that love back.

Collected by Deadline, many of Renner’s costars and friends responded to his post, showing their love and support:

Chris Hemsworth, who shared a Marvel debut with Renner, said:

“Tough as nails. Love you buddy.”

“Love you mate. Sending you love and healing.”

Perhaps one of the most touching messages came from Hawkeye costar Hailee Steinfeld. The star who played opposite Renner in their Disney+ series responded via her own Instagram story, saying:

“Come on partner!!! Thank God you’re healing. We are sending you love and prayers for a speedy recovery.”

Though there’s a long hard road to recovery ahead for the star, it’s clear that Jeremy Renner’s Marvel Cinematic Universe family is standing by him with plenty of love and support. Fans of Renner and the Marvel Cinematic Universe have offered the star their love and support as well, wishing him a speedy, and complete recovery, along with a possible return to the franchise!

What do you think of stars of the Marvel Cinematic Universe supporting Renner? Let us know in the comments below!