Marvel Wants Fans To Rewatch 'Hawkeye' - Inside the Magic 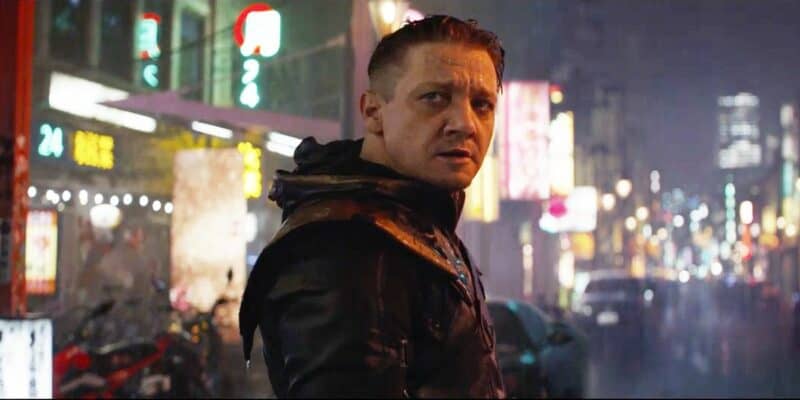 Christmas is merely days away, and Disney fans are likely looking for something to binge on Disney+ while those cookies bake in the oven or those chestnuts roast on an open fire. While some might stream the list of Disney Channel Christmas specials, or rewatch The Muppet Christmas Carol for the umpteenth time, Marvel Studios has dropped a suggestion on their social media.

Join Lucky the Pizza Dog for the holidays once again! 💜

Marvel Studios dropped two Christmas-themed images with the cast of Hawkeye on Disney+, promoting the series and encouraging fans to rewatch the show in time for the holiday season. A superhero series where Clint Barton and Kate Bishop bashing bad guys with bows and arrows by the glow of Christmas lights is certainly a refreshing change from Ebenezer Scrooge, and die-hard Marvel fans are definitely going to get in on that action. While this is certainly expected, it also comes out at a rather convenient time, as lead actor Jeremy Renner just announced his upcoming docu-series set to premiere on Disney+ in early 2023.

Relive every epic moment of #Hawkeye this holiday season! 🎁 🏹

Rennervations aside, Hawkeye does feel like it often gets overlooked as much as its titular Avenger. Many Marvel fans might be more prone to watch the highly beloved Guardians of the Galaxy Holiday Special, but that doesn’t mean this series doesn’t also have it’s seasonal charm. Think about it, Hawkeye is set against a twinkling, neon-lit New York City during Christmastime, a common yet beloved trope of the holiday season. It might lack a special guest appearance by Kevin Bacon, but it does have some festive fight sequences against the Tracksuit Mafia.

With that in mind, this could also be a dogwhistle on Marvel’s part. It could very well be the studio’s way of saying to viewers “you might want a refresher course before season 2.” Whether this is a sign that fans could be getting a second season sooner rather than later is entirely up for debate, but that’s not saying the evidence isn’t there. Only time will tell.

Are you spending the holidays with Hawkeye? Tell us in the comments below!

Comments Off on Marvel Wants Fans To Rewatch ‘Hawkeye’