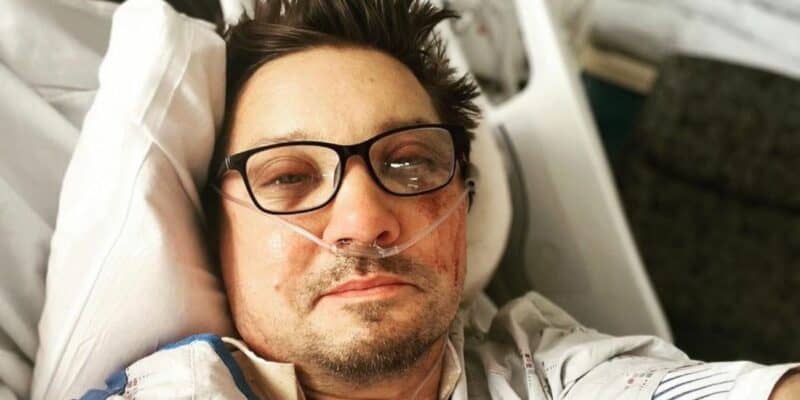 Jeremy Renner is still on the road to recovery with some new updates on what happened to the actor on New Year’s day.

Renner is a Marvel super hero for most fans. As Clint Barton/Hawkeye for the MCU, Renner has starred in numerous Avengers movies and has now appeared in Marvel’s Hawkeye as he helped train and prepare Hailee Steinfeld’s Kate Bishop to be a super hero and save the day.

Marvel has been pushing newer super heroes into the spotlight, but Renner has been one of the few actors to keep his role as Chris Evans, and Robert Downey Jr. have left the role behind. The 51-year-old actor didn’t have any announced plans with Marvel coming up, but the actor was expected to star in a documentary about himself called Rennervations as one of the Disney+ series set for 2023.

Related: The Newest Jeremy Renner Masterpiece Is Set to Come Out This Month

According to the Reno Gazette Journal, the actor was in the middle of helping a stranded driver in the snowstorm and got off of his snow cat to help the person when the extremely heavy snowplow ran him over after he tried to get back into the vehicle. The Washoe County Sheriff’s Office investigated the snow cat and doesn’t suspect any foul play or believe that Renner was intoxicated, but the snow plow shouldn’t have run the actor over due to the safety features attached to the vehicle.

The reason Renner was away from his house was that he was helping a stranded driver get to safety. The actor reportedly helped clear a path and got off his vehicle to help the stranded person when his snow cat ran the actor over.

This is how Renner suffered intense chest trauma and several orthopedic injuries resulting in the actor having to get two surgeries. Now, Renner is on the road to recovery as he is resting. Authorities consider the whole ordeal a “tragic accident,” with CNN sharing a statement from Renner’s family thanking everyone for the support and help:

“Jeremy’s family would like to express their gratitude to the incredible doctors and nurses looking after him, Truckee Meadows Fire and Rescue, Washoe County Sheriff, Reno City Mayor Hillary Schieve and the Carano and Murdock families,” a statement from his spokesperson read. “They are also tremendously overwhelmed and appreciative of the outpouring of love and support from his fans.”

Renner even went to social media to post a picture of himself reassuring everyone that he is currently alive and doing better but couldn’t say much at the moment:

Jeremy Renner has shared an update “Thank you for all your kind words. I’m too messed up now to type. But I send love to you all”

Jeremy Renner has shared an update

“Thank you for all your kind words 🙏. I’m too messed up now to type. But I send love to you all” pic.twitter.com/yB2if2bOLd

Renner’s injuries are quite intensive, and it will take a while for the actor to recover. It’s unclear how damaged his legs are or what the hospital had to do to save his life. For the moment, we can be happy that Renner is fighting hard, and helping others in need, and risking his life to ensure others are safe like a true hero would do.

What are your thoughts on Jeremy Renner’s accident? Let us know what you think!